‘The Other Black Girl’ a bold, poignant debut novel 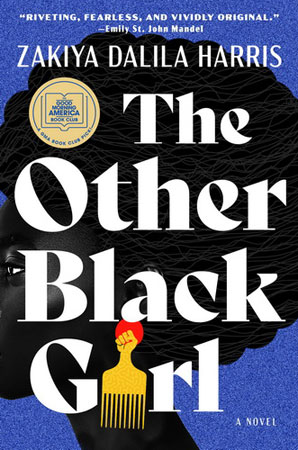 Congratulations are in order for debut novelist Zakiya Dalila Harris. Her first book “The Other Black Girl,” is one of the most highly-anticipated novels of the summer, if not the year, and it lives up to the hype.

An intriguing mash-up of mystery, thriller, sci-fi and social commentary, “The Other Black Girl” is set inside Wagner Books, a publishing company where Nella Rogers is an editorial assistant and the only Black girl in the office. That is, until she spots a new hire name Hazel-May McCall, who is also Black. Nella feels instantly hopeful that Hazel will be a much-needed friend and comrade who will shoulder some of the Black representation in the workplace. As someone who has felt obliged to fit into the white mold during her time at Wagner, Hazel is a breath of fresh air. Hazel encourages Nella to speak up when she recognizes a troubling depiction of race in a popular novelist’s writing. But, as much as of an ally as Hazel claims to be, she says one thing to Nella but does another. She quickly wins friends and opportunities at work, leaving Nella feeling more alienated than ever. At the same time, Nella begins receiving anonymous, threatening notes telling her to leave the company. Nella immediately suspects Hazel. Suddenly the other Black girl in the office may not be her friend but her foe.