On Neha Kakkar’s birthday, groove to her best party songs! 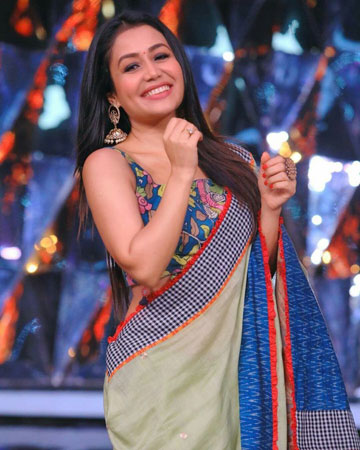 Popular singer Neha Kakkar, who is celebrating her 33rd birthday on Sunday, is over the moon as her husband Rohanpreet Singh is leaving no stone unturned in order to make her day an extra special.

So, on the occasion of Neha’s special day, let’s take a look at some of her most popular songs which made her an overnight star.

This is one of the most popular songs from the film ‘Cocktail,’ which was released in the year 2012. The film starred Deepika Padukone, Saif Ali Khan and Diana Penty in lead roles.

This is still one of the peppiest numbers of all the times. It was from the film ‘The Shaukeens’, which was released in the year 2014. The film starred Lisa Haydon, Anupam Kher, Annu Kapoor and Piyush Mishra in lead roles.

This was the song which helped Nora Fatehi in every possible way. It is still one of the favourites among people. It was from the movie Satyameva Jayate and was released in 2018. The film starred John Abraham and Manoj Bajpai in lead roles.

This song is from the movie Simmba and was released in 2018. The film starred Sonu Sood, Ranveer Singh, Sara Ali Khan and Akshay Kumar in lead roles.

This is still one of the most popular dance numbers and is loved by one and all. The song is from the movie Batla House and was released in 2019. The film had John Abraham and Mrunal Thakur in lead roles. We wish the bubbly singer Neha Kakkar a very Happy Birthday!