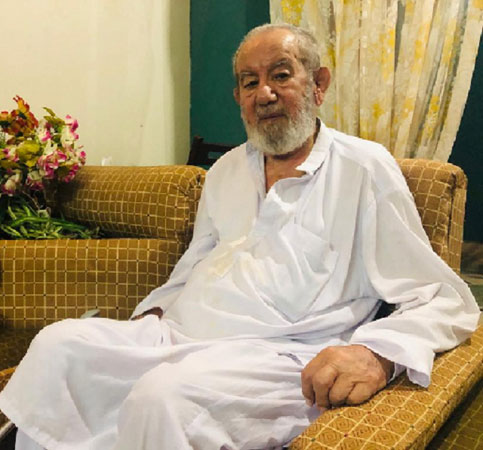 Renowned Pashto fiction writer Turkistan aka Tahir Afridi passed away at the age of 82 in Karachi after a prolonged illness.

He was taken to his native village of Sokra near Dara Adam Khel in Khyber-Pakhtunkhwa for burial after his funeral prayer was offered in the port city.

Afridi was born on January 4, 1939, and did not receive any formal education. During his initial days, he was interested in poetry but later turned his attention to fiction writing.

Like the rest of the Pashtuns, Afiridi came to Karachi in 1960s in search of livelihood and initially worked as a car cleaner.

He later formed his own company and moved to Karachi with his family in 1973. His family still resides in the metropolis.

Paying tribute to his colleague, poet and writer Qaiser Afridi said that late Afridi worked for 60 years for the promotion of Pashto language.

Tahir Afridi founded a literary organisation in Karachi called ‘Jaras Adabi Jirga’ and started a quarterly magazine under the name of Jaras.

Poet Aman Afridi, a member of the Jaras Adabi Jirga, said that Tahir Afridi had spent most of his life for the promotion of Pashto literature.

“He wrote 21 books for Pashto literature. Apparently, Tahir Afridi is no more with us he will live forever through his work,” he remarked.

Farman Zaheer, a young Pashto poet who attended the eminent poet’s funeral, said Afridi was not only a writer but a mentor who has done a lot for future generations of Pashtuns.

Despite surviving a stroke in 2010, Afridi did not stop writing books and novels. He had no child and his wife passed away in 2019.