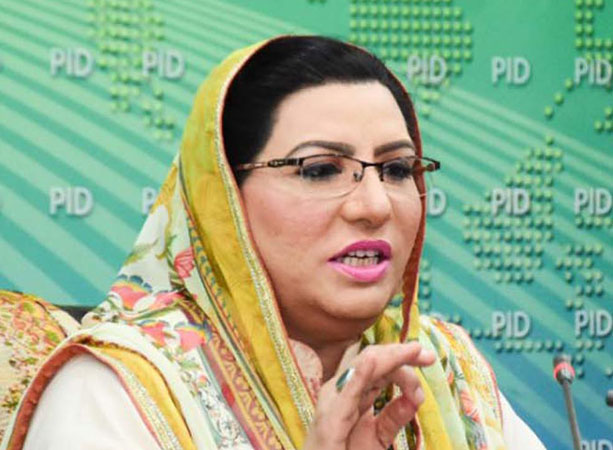 She expressed these views while addressing the media at Kooby Chak, Sialkot. SACM Dr. Firdous Ashiq Awan said that the government had broken the record of revenue collection in the history of the country. She said that the economic indicators were moving forward and investment in Pakistan was promising a prosperous country adding that while the opposition was busy in misleading the people with lies.

Dr Firdous said that the upcoming budget will be a surprise for the opposition.

In addition to health and education reforms, salaries will be increased further, she added.

She said universal health care was going to be provided to 29.2 million families in Punjab. Dr Firdous said that the industrial zones were being set up to achieve export oriented targets.

She said that the government was promoting tourism through an environment friendly programme.

SACM said that the opposition was playing with the interests of the people through lies.

“Service at Your Doorstep” campaign was an initiative of the Punjab government. Under this campaign, commissioners and deputy commissioners had been instructed to improve the quality of municipal facilities, she added. Last week, millions of tons of garbage were collected and disposed off and from today, programmes were going to be started to improve drainage and sewerage, she said. She said to resolve public grievances within 24 hours, people can give feedback through the mobile application “Service at Your Doorstep”.

Dr Firdous said that all institutions were playing their role to win the war against coronavirus pandemic.

She said that 65 percent of the country’s population was youth, to whom 770 Corona Vaccine Centers were set up.

SACM said that now the number of vaccination centers was going to be 1000 which will achieve the target of vaccinating 50 million people living in Punjab by the end of this year. To achieve national goals, volunteers, media and public support were needed, she said. Dr Firdous said that by-election had been announced in Sialkot and the final candidate will soon be fielded by PTI.

She said, “We are waiting for the SOPs of the Election Commission, in this regard.”

Commenting on Bilawal Bhutto’s tweet on development funds, she said that Bilawal had yet to reach the stage of political maturity.