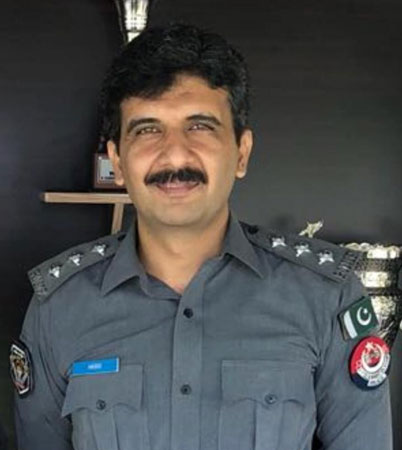 Police have arrested a gang who used to operate benami bank accounts used in extortions and ransom in kidnapping cases, and also used to make fake fingerprints and fake thumb impressions.

The investigation officer of the case, DSP Malik Habib, told this correspondent that the accused identified as Muhammad Shafique, Muhammad Naveed, Bilal and Shah Hussain belong to various areas of Peshawar district.

He said the accused were educated persons and have been working at key positions of a Pakistani mobile phone company.

The arrestees used to manufacture rubber thumbs out of finger prints, through which they would get mobile phone sim cards. Then those sims would be used in calls for extortions. They also used to make fake transfer deeds and other documents. 346 active sims 88 fake rubber thumbs were recovered from the accused.

Malik Habib said they were also now approaching various banks to probe the cases further and also to investigate around 10 bank accounts and also they were contacting the district administration to inquire into land transfers by the accused.

“Now the accused are also being included in probe of the extortion cases. They have also divulged the names of two other accomplices, for whose arrest, we are conducting raids,” he said.

Earlier in the day, SP Sadar Waqar Ahmed told journalists that the investigation, led by DSP Malik Habib and other officers, started after a tip-off was received about a gang using fake land transfer documents as well as easypaisa and bank accounts.