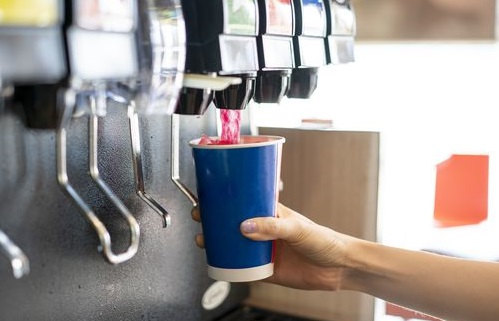 RAWALPINDI: Pakistan National Heart Association (PANAH) on Sunday requested the government to impose 20 percent tax on sugar sweetened beverages as its high consumption was one of the major causes of obesity and non-communicable diseases.

The PANAH made recommendations in a jointly organized workshop with the Ministry of Nutrition, Ministry of Health and Consultant of the Food Policy Program in collaboration with senior journalists on loss of sugar sweetened beverages and importance of taxation which was hosted by Sanaullah Ghumman, the PANAH general secretary.

The workshop was participated by senior journalists and others to mull over the pressing issue and lay out workable solutions to curb the menace of increasing health complications appearing due to higher consumption of the sweetened beverages. Speaking on the occasion, Ghumman said the finance bill 2021-22 was close to be finalized and expected to be tabled soon in the parliament.

“It is high time to help government functionaries like FBR, Ministry of Finance and political leadership to identify policies which may be very useful to reduce miseries of the people and provide double advantage to the government,” he said. He also said that high consumption of the sweetened beverages was one of the major causes of obesity and related NCDs like heart disease, hypertension, diabetes, liver and kidney diseases, some types of cancers, and tooth decay.

As per WHO, he said that 58 percent of total deaths were contributed by non-communicable diseases (NCDs). In other words, approximately 2,200 people die every day due to these deadly diseases in Pakistan. According to the Steps Survey of Pakistan (2014-15), more than four out of 10 adults (41.3 percent) were obese or overweight, while 37 percent had hypertension, he said.

Similarly, every 4th adult (26 percent) was suffering from type two diabetes as per second National Diabetes Survey of Pakistan conducted in 2016-17. According to the International Diabetes Federation 2019, Pakistan has the fourth highest burden of type two diabetes worldwide with more than 19 million cases. He said that the impact of this high burden of obesity and related non-communicable diseases was evident.

It resulted in increased mortality and morbidity, healthcare costs and productivity losses, which ultimately impacts the economy of the country. According to a study by the Pakistan Institute of Development Economics (PIDE) in 2015, “Almost 16% of the country’s total health budget was spent on the management of diseases related to overweight and obesity as a direct cost which makes almost 0.4% of the GDP.”

It said that the estimates of indirect cost of overweight and obesity is 1.9% of the country’s GDP. The total direct and indirect cost of overweight and obesity is estimated to be Rs 428 billion. Ghumman said that to reduce health care costs and non-communicable diseases, it was important to discourage the consumption of these beverages. Raising taxes on the beverages was an evidence-based first step to reduce obesity and disease burden of related non-communicable diseases, and increase revenue.

Ministry of Health National Coordinator for Nutrition Dr Khawaja Masood Ahmed said that though beverage industry claimed paying Rs 70 billion tax which was an exaggerated number. As per FBR’s year book 2019-20, the total sales tax and FED by the beverage industry estimated to be less than Rs 38 billion.

He said that the consumption of sweetened beverages was growing, which was resulting in increased rates of obesity and related diseases. As per the National Nutrition Survey 2018, the number of overweight children has doubled in the country as compared to 2011. Similarly, the percentage of obese and overweight women of reproductive age has increased to 38 percent in 2018 as compared to 28 percent in 2011, he said.

He said that these figures were daunting and indicate the need for an immediate policy shift from the government. He said that the existing tax rate on these beverages in Pakistan was much lower (13 percent FED on aerated water, five percent on juices, syrupsetc, 17 percent sales tax) than neighboring countries like India where it was 40 percent.

Food Policy Program Consultant Munawar Hussain said the finance bill 2021-22 was about to be finalized so it was high time for Pakistan to increase tax on sweetened beverages to reduce disease burden and increase revenue. He said that there was strong public support for the government increasing taxes on sweetened beverages to reduce obesity and related non-communicable diseases.