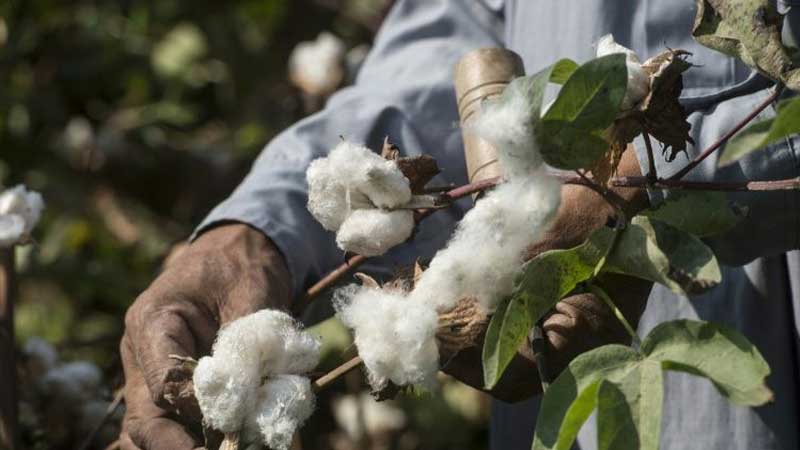 ISLAMABAD: Government has planned a scheme of incentives to encourage farmers to grow more cotton to increase the exports and save precious foreign exchange for the national kitty.

In this regard, the authorities concerned have been working on war footings to encourage the farmers to cultivate cotton and revive its production in the country as the national economy cannot be improved without a revolution in cotton and its allied industry. An official at the Ministry of National Food, Security and Research, while highlighting a brief detail of some incentives, said a minimum support price would be announced to encourage the farming community and bring maximum land under cotton production.

Special efforts are also being made to achieve higher cotton production and prevent diseases and pests. He told APP. “All the stakeholders in the field of cotton and research have to come together on one page, and only with joint efforts of stakeholders, the cotton sector can be revolutionized,” he replied when asked about the current scenario of crop production in the country.

The government also plans to provide 100 percent certified, pest resistant, and climate tolerant high yielding seed varieties to farmers during the coming season. In this regard, the Federal Seed Certification and Registration Department have completed testing of 30,000 tons of cotton seeds of different varieties.

Meanwhile, another senior official at Central Cotton Research Institute said that local output of major crops was on the decline, hoping the incentives and other measures would help revive and restore cotton crop in the country.

As part of its initiatives, Central Cotton Research Institute has trained about 300 cotton growers to use best crop management practices to achieve higher per-acre output.

It merits mention here that cotton crop sowing in the country during last season (2020-21) had witnessed a 1.3 percent decrease compared to last year.

The sowing of cotton has registered a significant increase this year in South Punjab compared to last year due to the incentives of the Punjab government, said an official of the Punjab Agriculture Department.

Talking to APP, he said it was heartening to note that the farmers were taking a keen interest in sowing cotton this year compared to last year. “Reports of cotton crop sowing were pouring in from the Southern Punjab, right from the first week of April, which were according to the expectation of the government, the official said.

He said the crop of cotton was mostly being sown in Bahawalpur, Multan, Lodhran, Bahawalnagar, and Rahim Yar Khan Khanewal, Layyah, Sahiwal districts. Mahar Mahboob, a farmer from Layyah, told APP that he has preferred to sow cotton in fields this year rather than other crops adding that the present government was taking initiatives for the farmers.

Replying to a question, he said that cotton was a cash crop as the government was giving different initiatives to the farmers. He said that farmers were taking more interest in sowing the cotton than last years in southern Punjab. It is also pertinent to mention here that the Federal Committee on Agriculture has fixed white lint production target for the country at 10.5 million bales from an area of 2.33m hectares for the 2021-2022 season, almost double over the previous year.

It may be recalled here that cotton, a major cash crop and industrial raw material for the textile sector, was on a downwards trajectory due to various issues, but thanks to the present regime, which has realized and was making all efforts not only to facilitate the farmers but also achieve better yields.