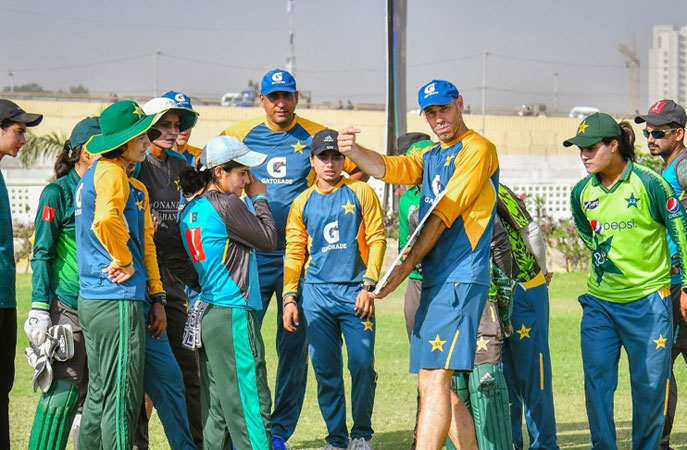 ISLAMABAD: The Women’s High Performance Camp has been moved to Karachi’s Hanif Mohammad High Performance Centre from Multan. The camp was in progress in Multan since May 29, while the Karachi camp will start on Wednesday (June 9). After spending the last week at the Inzamam-ul-Haq High Performance Centre, the players will spend 18 days in Karachi as part of the originally designed 25-day camp, which is scheduled to conclude on June 22. The team will based in a local hotel during their stay. The pitches and the two grounds at the Hanif Mohammad High Performance Centre, which were undergoing maintenance work, are now ready to host the women players as part of their preparations for the upcoming international assignments, including the ICC Women’s Cricket World Cup Qualifiers later this year and the ICC Women’s Cricket World Cup in early 2022. Like the Multan camp, the camp will be held in a bio-secure environment. The camp participants including the coaching staff and management will travel to Lahore on Tuesday morning, before taking a later afternoon flight to Karachi to be in the metropolitan city in time for Wednesday’s resumption.

Women’s national cricket team head coach David Hemp said: “We had a very good outing in Multan in terms of the players and staff coming together and understanding the training plans. We were given some excellent facilities and accommodation which greatly helped in the last one week. The idea was always to move to Karachi once the pitches and grounds were ready for us at the Hanif Mohammad High Performance Centre. The conditions in Karachi are always good for cricket, we will get some game time too which will be hugely beneficial for the girls besides the opportunity of working on their skills. We have some important assignments coming-up hence we want to have the girls fully prepared for the challenges with their fitness levels at their best. A lot of skill work was done in the earlier camp as well as in Multan and we will proceed with the same plans in Karachi.”