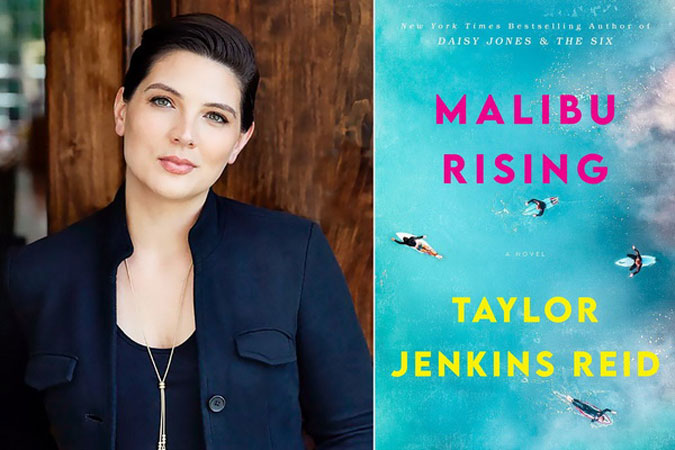 Taylor Jenkins Reid is not afraid to challenge herself with her writing. In 2015’s “Maybe in Another Life,” she wrote about two parallel universes, documenting the resulting path of a character’s choice in alternating chapters. In 2018’s “The Seven Husbands of Evelyn Hugo,” she created an aging movie star, Evelyn Hugo, who after rising to fame during the days of the old studio system and famously married seven times wants to finally tell her story, mysteriously choosing an up-and-coming journalist to be the conduit. And in 2019’s “Daisy Jones & The Six” she revisited the formation and abrupt breakup of a 1970’s rock band, with its members, loved ones and friends sharing their version of events in first-person. In her new book, “Malibu Rising,” Reid takes us to the beaches of Malibu in 1983. We meet the famed Riva siblings, the (neglected) children of crooner Mick Riva. Born and raised in the area, they’re all water babies who love to surf. The eldest is Nina, who has gone pro, and is also a famous model. She has assumed the matriarch role to her three siblings, Jay, Hud and Kit, after the death of their mother.