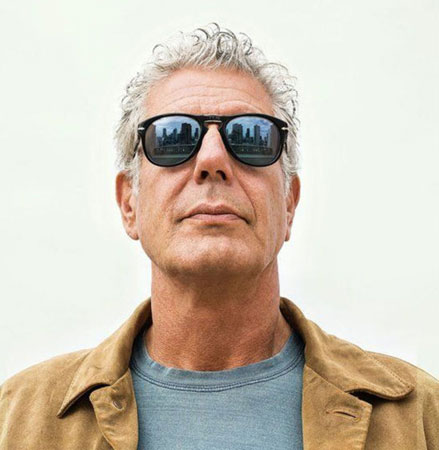 The unlikely rise of beloved TV chef Anthony Bourdain features in the first trailer for a documentary about his life. Bourdain, who died by suicide in 2018 at the age of 61, is the focus of Roadrunner, from Oscar-winning director Morgan Neville.

It will deliver “an intimate, behind-the-scenes look at how an anonymous chef became a world-renowned cultural icon,” according to Focus Features.

The first trailer for the film featured Bourdain’s friends and collaborators discussing his career, which brought him from kitchens in the US to worldwide TV fame with his Parts Unknown travel series.

“It was almost never about food, it was about Tony learning to be a better person,” Bourdain’s long-time friend David Chang said in the trailer.

In an old voiceover, Bourdain said: “You’re probably gonna find out about it anyway, so here’s a little pre-emptive truth-telling: There’s no happy ending.”

Bourdain’s career took off after he wrote a now-famous essay in the New Yorker magazine titled Don’t Eat Before Reading This in 1999. He released the book Kitchen Confidential in 2000, sharing the restaurant industry’s dirty secrets with readers.

In the trailer for Roadrunner, Bourdain reflected on his rise and said: “One minute I was standing next to a deep fryer and the next, I was watching the sun set over the Sahara. What am I doing here?” The documentary will also explore his mental health struggles. Artist David Choe said: “I know how hard that must have been for him to reach out to someone and be like, ‘Hey man, I’m not doing well.’”

Bourdain was found dead in June 2018 while in Strasbourg filming Parts Unknown with his friend and fellow famous chef Eric Ripert. Following his death, tributes poured in for Bourdain from around the world.