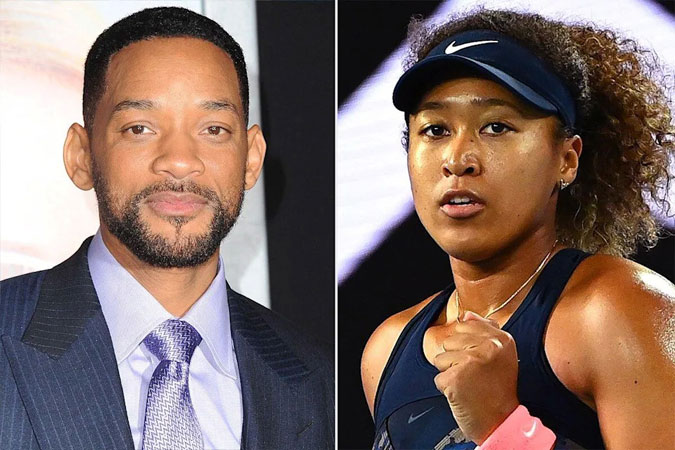 Will Smith is standing with Naomi Osaka after the tennis player backed out of the French Open over mental health concerns.

The 23-year-old reigning U.S. Open and Australian Open singles champion announced Monday that she was withdrawing from the French Open.

Ahead of the tournament’s start, Osaka said she wouldn’t be doing press during the championship in an effort to preserve her mental health. On Sunday, Osaka picked up her first win and a $15,000 fine for not participating in media requirements.

Osaka wrote on social media in response, “The best thing for the tournament, the other players and my well-being is that I withdraw so that everyone can get back to focusing on the tennis going on in Paris. I never wanted to be a distraction and I accept that my timing was not ideal and my message could have been clearer. More importantly, I would never trivialize mental health or use the term lightly.”

On Thursday, Smith, 52, posted a photo of himself on Instagram holding up a handwritten note he wrote to Osaka: “Hey Naomi, you are right. They are wrong! I am with you,” wrote the actor, who happens to be playing the father of tennis stars Venus and Serena Williams in the upcoming movie King Richard.

In Osaka’s announcement that she was withdrawing from the French Open, she also wrote, “This isn’t a situation I ever imagined or intended when I posted a few days ago. I think now the best thing for the tournament, the other players and my well-being is that I withdraw so that everyone can get back to focusing on the tennis going on in Paris.”

The four-time Grand Slam winner revealed she has “suffered long bouts of depression since the US Open in 2018” and that post-match interviews made her “get huge waves of anxiety before I speak to the world’s media.”

“I get really nervous and find it stressful to always try to engage and give you the best answers I can. So here in Paris I was already feeling vulnerable and anxious so I thought it was better to exercise self-care and skip the press conferences,” Osaka added. “I’m gonna take some time away from the court now, but when the time is right I really want to work with the Tour to discuss ways we can make things better for the players, press and fans.”