Spain and Portugal in lukewarm stalemate ahead of Euros 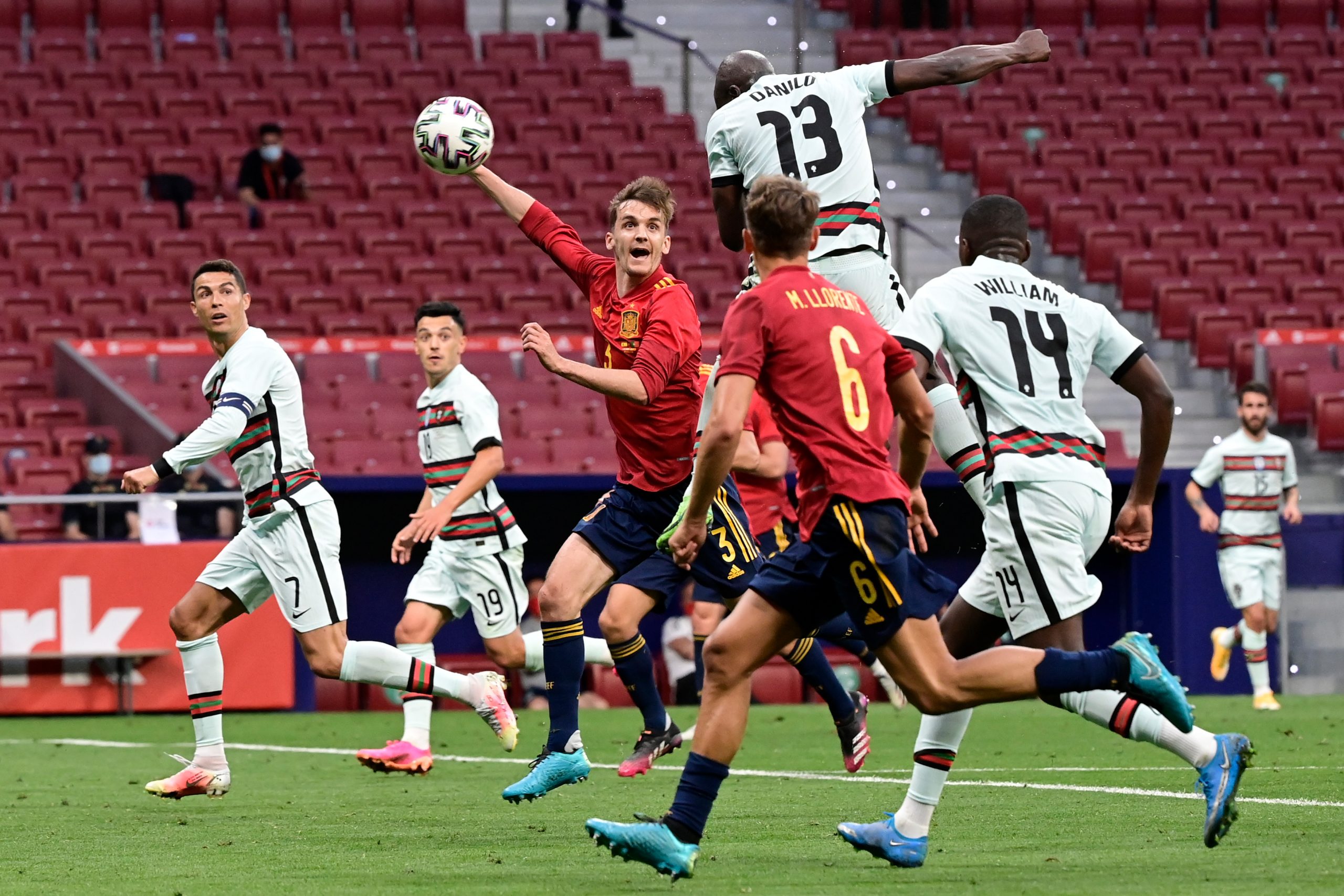 Spain and Portugal both lacked firepower as they drew 0-0 in a friendly warm up for the European Championships at the Metropolitano in Madrid on Friday.

The match was both an occasion to officially launch the two nations launching a joint bid to host the 2030 World Cup and for the hosts to test out a new-look defence. Cristiano Ronaldo had a frustrating night on his first game in Madrid since leaving Real in 2018 and came close to scoring twice and set up a good chance Diogo Jota failed to take advantage of. Backed by Joao Felix, Ronaldo was largely neutralised by Barcelona pair Sergio Busquets and Thiago Alcantara in a tight home midfield in front of a remodelled defence.

“It was a very good test for us and I think we will all be ready for the European Championship,” said Spain coach Luis Enrique. “In the first 60 minutes we managed to almost completely cancel out the reigning European champions, they almost didn’t make three passes in a row,” Alvaro Morata came closest to scoring for Spain missing two clear chances and hitting the bar in stoppage time. “I think we made enough chnaces to score,” said Luis Enrique. “I don’t get angry when my players miss chances, I’m never going to reproach my players for not being able to take their chances.”

Manchester City defender Aymeric Laporte made his debut after opting for Spain ahead of his native France. Luis Enrique with Laporte and his centre back partner Pau Torres “I thought they were both exceptional, dominant, with character, putting pressure on the Portuguese strikers.” Portugal coach Fernando Santos was less satisfied. “We can do better, I’ll be talking with the lads and we have the quality to improve,” he said. “They gave everything and it’ll serve us well.” “We have the consistency to hope to win titles,” he added. Some 14,743 masked fans attended at Atletico Madrid’s 68,000-seat Wanda Metropolitano stadium.

They whistled when Luis Enrique’s name was read out before kick off and sung an anti-Morata chant when the striker hit the bar. In the national team’s first game with a home crowd at Madrid’s Metropolitano, some spectators whistled his name when the line-ups were announced, but Luis Enrique said that “It doesn’t affect me if they whistle or applaud me,” said the coach. “It bothers me that they do that to my players.” Spain continue their warm up for the Euros with a match against Lithuania on Tuesday while Portugal next take on Israel on Wednesday in Lisbon.