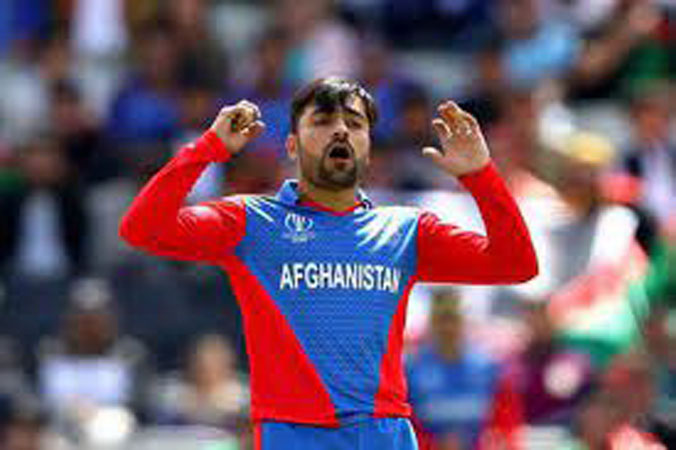 LAHORE: Rashid Khan has declined the Afghanistan T20I captaincy, stating that he believes he is more valuable as a player than as a leader. “I am very much clear in my mind that I am better off as a player,” the 22-year old legspinner said. “I am good in the role as vice-captain and help the captain wherever I am needed. It’s better for me that I stay away from this position. I want to do well for the team as a player and my performance is a bit more crucial for the team rather than me thinking about different things being a captain. Also, it takes time, and right now the most important thing is the World Cup which is quite near and I feel it is too much for me to have. I am afraid it might affect my performance for the team which is a key so I am very happy as a player and whatever the decision board and selection committee make I am fully behind it and will appreciate it. If you have a year or two, you manage yourself and understand things only then it’s easier to deal with the role. I was the captain once and they[board] know my mindset and which is why they kept the spot empty looking for someone else while I stay as a vice-captain.”

Over the past three years, Afghanistan have gone through a very public struggle to find the right man to lead them. Two months before the 2019 World Cup, their board wrested the captaincy from Asghar Afghan and split it between Khan (T20Is), Gulbadin Naib (ODIs) and Rahmat Shah (Tests). But, after Afghanistan ended the World Cup without a single win, Naib was stripped of the role and Khan was named captain across formats. In December 2019, Afghan was brought back, but 15 months into his stint, he was sacked again. Hashmatullah Shahidi, the senior middle-order batter, took over as the new ODI and Test captain but the man who will lead them in T20 cricket continues to remain a mystery even though a World Cup is coming in five months’ time.

Rashid isn’t too worried though. “Asghar did a wonderful job for the last four-five years for the team and it was like he was the best option and he did really well,” he said. “So when an experienced captain goes then you tend to struggle to bring the right captain in and that is what’s happening with us and we are trying our best to give a chance to a player who can give his best for the team, for the country, and lead the team in a right way. As a team, it doesn’t really affect us a lot as we all know our roles. We know someone will be named captain at some time but at the same time we all know what our job is and what our responsibility is to the team. We never thought a lot about the captaincy because it’s all about us as a team and what we are putting in at the ground. The mindset is all about how to contribute and whoever comes in as captain, we as players will support him and make him comfortable so that he doesn’t have to take the kind of pressure that may affect his own performance. Eventually, it’s about togetherness.” Rashid is presently in Abu Dhabi, set to play for the Lahore Qalandars in Pakistan Super League, which resumes on June 9.