History and leadership of Pakistan 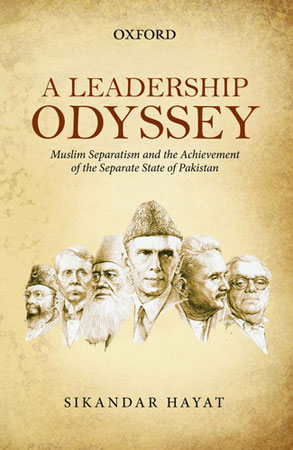 Muslim Separatism and the Achievement

Of the Separate State of Pakistan

This book offers a unique historiography of the phenomenon of Muslim separatism as it affected and shaped modern South Asia. It describes the journeys of six prominent Muslim leaders of British India: Syed Ahmad Khan, who laid the foundation of the Muslim separatist political movement; Sultan Muhammad Aga Khan III, Syed Ameer Ali, and Maulana Mohamed Ali, who strengthened and developed it in their own ways; Allama Muhammad Iqbal, who took its cause further and formulated the idea of a separate state; and, of course, Quaid-i-Azam Mohammad Ali Jinnah, who, after making the demand for a separate state, transformed it into the nationalist Pakistan Movement and led it successfully to achieve the separate state of Pakistan. Previous studies have not explained Muslim separatism in such a leadership framework. In this book, based on an ‘instrumentalist’ approach, Muslim separatism has been analysed through the contributions of a host of Muslim leaders, one after the other, helping and reinforcing each other, and thus leading all the way to the achievement of Pakistan. 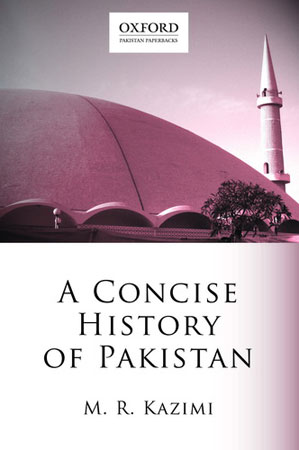 This comprehensive one-volume history of Pakistan covers contemporary crises in the perspective of the subcontinent’s ancient and medieval history. It sheds light on how Muslim nationalism emerged and how the community interacted with other communities in the region. The author breaches the confines of political history to depict the intellectual, economic, diplomatic, and cultural history of Pakistan. The book also provides personality profiles of individuals who shaped the course of events over the centuries such as Amir Khusro, Mahatma Gandhi, Pandit Nehru, MA Jinnah and ZA Bhutto. 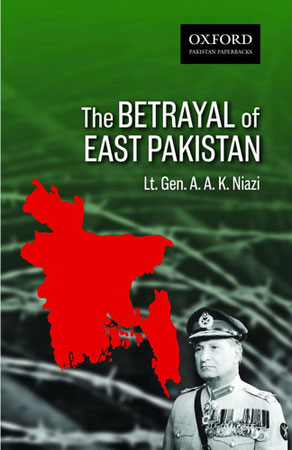 The Betrayal of East Pakistan

Lieutenant General AAK Niazi of the Eastern Command was the man whose fate it was to direct the operation which resulted in the dismemberment of Pakistan. Many books have been written about that unforgettable year in Pakistan’s history, 1971, and the terrible events that it spawned. But finally one of the main actors of the drama has volunteered his own account of the events leading to the disaster. This book fills a huge gap in the recorded history of the period, which could hardly be considered complete or authentic without the contribution of such a major protagonist. 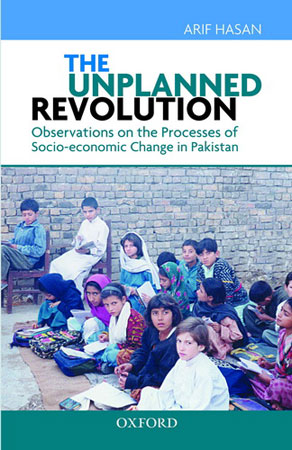 Observations on the Processes of Socio-economic Change in Pakistan

This book identifies past socio-economic conditions in the different ecological regions of Pakistan as viewed by the communities the author has worked or interacted with, present conditions, and emerging trends. It also identifies the actors of change and their relationships with each other and with the larger physical and political context. The volume is divided into six sections, the Mountains, Indus Plains and Western Highlands, the Desert, the River, the Coast, and the City. The social, economic, physical, and governance-related changes that have taken place in each are described through extracts from reports, field notes for different development-related work, articles prepared by the author, and extracts from his personal diaries. The section on the city deals with the informal sector in the provision of land and services and the impact of globalization on culture and development. It also contains geographies of resistance by communities to ‘insensitive’ development projects. 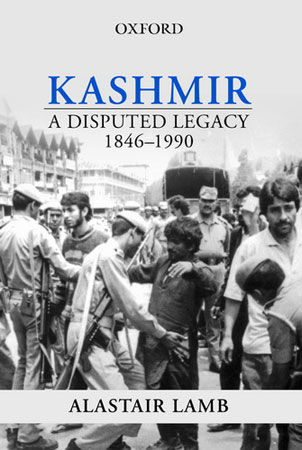 The Kashmir dispute has dominated India-Pakistan relations ever since the Transfer of Power in 1947. Alastair Lamb examines the history of this dispute from its remote origins in the first half of the nineteenth century-when the State of Jammu and Kashmir was created by the British sale of Kashmir to the Raja of Jammu-until the spring of 1990, when India and Pakistan appeared to be on the verge of a fourth armed conflict over this contested inheritance from the British Raj. A formidable body of myth has accumulated concerning the chain of events which, starting with the Partition of the Punjab by the Radcliffe Commission in August 1947, culminated in the overt Indian intervention in Jammu and Kashmir. In this book, Lamb provides a detailed account of the history of the Northern Frontier in the final years of the British Raj and he shows how this may well have set the scene for British policy towards Jammu and Kashmir in 1947. The book also deals with Jammu and Kashmir since October 1947 and includes a detailed history of UN participation, Indo-Pakistani negotiations, Chinese involvement, the State’s internal politics, and the origins of the insurgency. It delves into the details of the armed bilateral conflict over Kashmir, the three successive wars, the standoff at the Siachen Glacier and Article 370 of the Indian Constitution, all of which provide an essential background to the present situation in Kashmir.