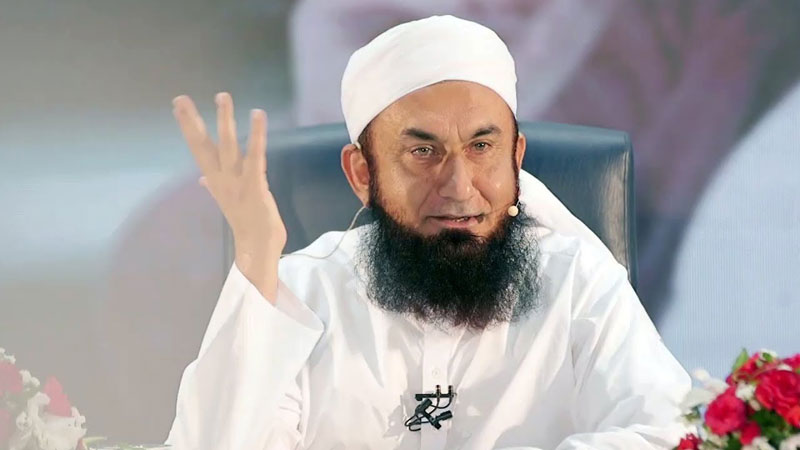 Celebrity cleric Maulana Tariq Jamil inaugurated on Wednesday his first MTJ store in Lahore. “It is indeed media’s responsibility to unmask those who are thieves and fraudsters,” said Jamil at the launch, adding, “but report on the positives.”

The cleric said that frequently breaking news about rape and fraud gives people depression, and that the focus should more be on the beauty and people with “worthy attributes”.

The inaugural kicked off with ribbon cutting and was followed by a dua. The store is located at Link Road in Model Town. A discount of 20% and 30% is being offered at store and online.

In April, the first flagship MTJ store was inaugurated in Karachi. Jamil said that when he started the madrassas in the 2000s, it “really hurt” him to ask around for zakat.

Jamil thought of setting up his own business, but he didn’t have enough resources, he added. However, the pandemic made him think about business again through which he could run religious institutes.

“Let’s pledge not to run madrassas on zakat anymore,” he had said. “Zakat is only for the needy.” He remarked that he has always had what he wanted and doesn’t intend to make money at this stage in life.

MTJ offers eastern wear for both men and women. It sells footwear and headwear as well, including turbans. The products are priced between Rs 2,000 and Rs 5,000 and a discount.