‘Tove’ — the life of a sharp illustrator in soft focus 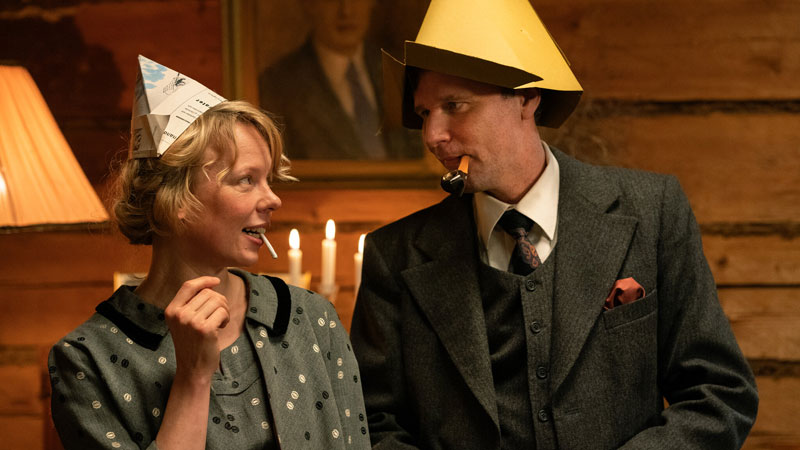 The biopic “Tove” examines the early life of Tove Jansson, the queer artist who created the children’s fantasy series, the Moomins. The Moomins were a visually and narratively original concept, a gentle family of hippopotamus-shaped trolls who lived with their friends in a valley, where all pursued adventure and mischief. The series is by turns satirical, melancholic and fantastic, and the Moomins made Jansson a beloved literary figure. How disappointing then that “Tove” should be stuffy in style and rather incurious about how Jansson either developed or implemented her unique artistic sensibility. The biopic begins in Helsinki during World War, II when Jansson was a young painter, struggling to win grant money and the approval of her sculptor father. Though her paintings receive little acknowledgment, her illustrations are noticed first by the leftist philosopher Atos Wirtanen and then by the bourgeois theatre director Vivica Bandler, both of whom become involved in long-term affairs with Jansson. Most of the movie is a tug-of-war between the passion that Jansson feels for the unfaithful Vivica and the comfort she receives from the reliable Atos.