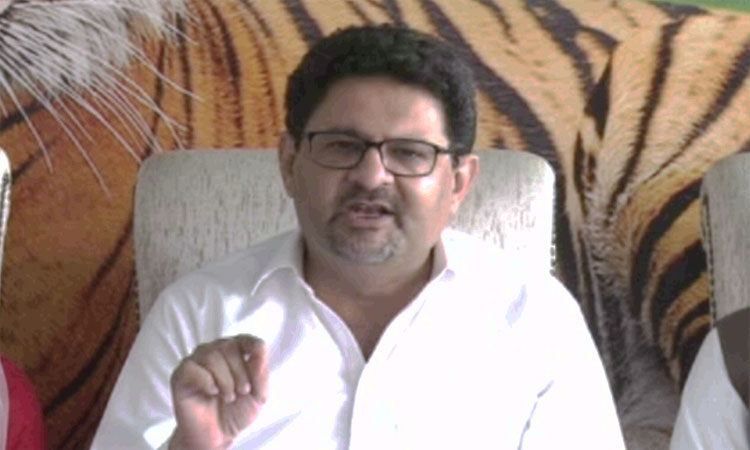 The PML-N on Wednesday said that it cannot accept the upcoming ‘anti-people budget’, and vowed to try its best to not let it get passed in the National Assembly.

“We expect that the upcoming budget will be an anti-people budget and we will not approve it [in the assembly],” former finance minister and PML-N leader Miftah Ismail said at a press conference as he made his party’s position clear on the issue. He slammed the Imran Khan-led government for the rising prices in the country. He deplored that the rate of inflation has not declined below 10% in the last two years.

Ismail said the PML-N believes that Minister for Finance Shaukat Tarin and other government officials should ask the International Monetary Fund (IMF) to change its programme, adding that the PML-N would “help them and tell them what steps to take”. “This anti-people budget cannot [pass]. Is there any room left to kill poor people further? Is there more room for inflation? If not, come to your senses,” he urged.

He claimed that Prime Minister Imran Khan has already “lost credibility and people were tired”, adding that some PTI parliamentarians have also developed differences with the premier due to his policies. “We (opposition) do not have a majority but Imran Khan’s people will not vote for him either now because there is no strength left in his ticket,” he said, and alleged that the assets of Imran Khan and his cabinet members have increased. “In three years, the income of those working in the private sector has not increased,” he said.

He said that the inflation in Pakistan is high because the prices of oil, electricity, and gas have increased. “Finance Minister Shaukat Tarin was right that economy is in shambles because of Imran Khan,” he claimed, and compared the incumbent government’s tenure with his party’s tenure. “The PML-N laid out motorways all over Pakistan and brought the China-Pakistan Economic Corridor (CPEC) to the country. It also brought 20 million people out of poverty but PM Imran Khan pushed them back to their destitute state,” he said. “85 million Pakistanis are unemployed right now…the salary of 75 million people is less than Rs18,000. Pakistanis will not survive with some food banks,” he added, as he took a jibe at the premier’s initiative to provide food to the people.

During the press conference, Ismail criticised the PTI government for ‘destroying the economy and bringing Pakistan to a dangerous turn’. “The SPI for April increased 21% year-on-year (YoY). Some PTI people made excuses and said it would be better in May. Now, figures for May show that [SPI] has increased 17% YoY. It means inflation in April increased 21pc compared to last year and inflation in May increased 17pc compared to last year for those items that are used by poor people and middle classes,” he said.

“The numbers released by the Pakistan Bureau of Statistics (PBS) show that for the smallest consumer who uses less than 50 units of electricity, the price has increased by 65pc. For Pakistan as a whole, electricity bills for each Pakistani have risen by 21pc on average.”

Ismail said that according to his calculations, the price of electricity had increased by 40pc which has ‘no basis’. He said that while the government claimed incomes had also increased, the real inflation-adjusted incomes had decreased. Incomes of people in the prime minister’s cabinet had increased meanwhile, he said.

“Zulfi Bukari’s income has increased. He takes private jets of companies that the government has contracts with and flies to Dubai,” he added. “The inflation in Pakistan today is because of Imran Khan’s power to increase inflation, raise the prices of gas, petrol and because of the minting of rupees,” he alleged.