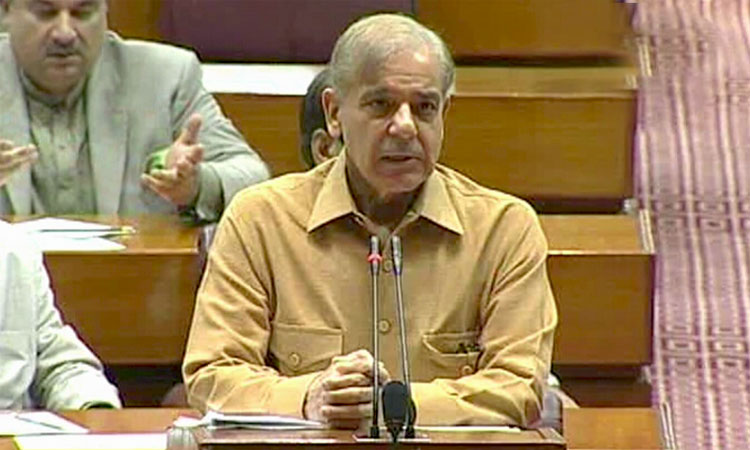 The LHC had on May 7 granted former Punjab chief minister Shehbaz Sharif one-time conditional permission to travel abroad for his medical treatment. The government had moved the Supreme Court to have the decision declared null and void.

A two-judge bench of the Supreme Court, headed by Justice Ijaz ul Ahsan, presided over the hearing. When the hearing resumed, the LHC’s registrar presented the record of the case before the bench, informing the court that the case was heard in one day after the reservations pertaining to Sharif leaving the country were dismissed. “Was Shahbaz Sharif’s case heard as per the usual system or through a special process?” asked Justice Ahsan. The registrar answered that the high court decided to hear the government’s reservations and Sharif’s petition the same day. “On Friday, 9:30am, the reservations were raised and proceedings into the case began at 11:00am the same day,” explained the registrar.

Justice Ahsan remarked that the government’s attorney was provided only 30 mins to seek instructions. “How many hearings were held, in the past one year, on Fridays at 12:00pm?” asked the judge. He remarked that the LHC had not even inquired as to which list Sharif’s name had been included to. “In how many other cases was one-sided relief provided?” he asked.

Later, the government decided to withdraw its appeal against the LHC’s decision after Sharif’s lawyer assured the apex court he would not pursue contempt of court proceedings against institutions for not letting him go abroad. “The manner in which Shehbaz Sharif was provided relief in this case cannot become a precedent,” opined the court. “How can the movement of a suspect in an ongoing criminal case be restricted?” asked Justice Sajjad Ali Shah. He added that the government’s position had been heard by the LHC.

The attorney general informed the court that the government had not made any accusations in its appeal against the LHC’s verdict. He expressed concern that the LHC’s decision would set a precedence for future cases as well.

Attorney General for Pakistan Khalid Jawed Khan informed the court that the government was withdrawing its appeal as Shehbaz had decided to take back his petitions against the government in the high court. The apex court subsequently disposed of the petition.

Minister for Information and Broadcasting Chaudhry Fawad Hussain Wednesday said that the government’s objective to file an appeal with the Supreme Court against PML-N leader Shehbaz Sharif had already been achieved. In a tweet, he said the name of Shehbaz Sharif was on the exit control list (ECL) and he (Shehbaz) had withdrawn his petition from the High court. So, technically there was no need for a government appeal in Supreme Court in this regard, he added.

In May, the LHC had granted conditional permission to Shehbaz to travel abroad for medical treatment. However, when the leader of the opposition in the National Assembly attempted to leave the country on May 9, he was stopped by the Federal Investigation Agency (FIA) which cited “procedural hiccups”. On May 17, the interior ministry placed the opposition leader’s name on the no fly-list.