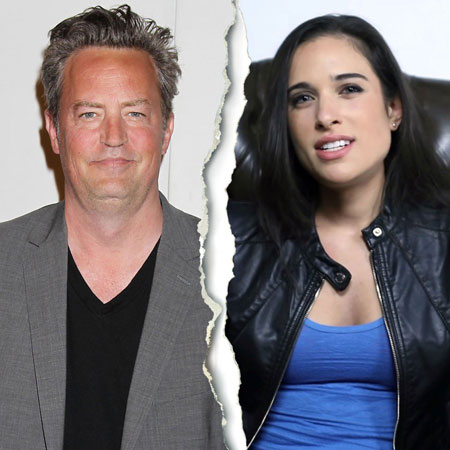 ‘Tis the season for heartbreaks. Friends star Matthew Perry, who was recently seen in the reunion of the evergreen show, has ended his relationship with fiancée Molly Hurwitz.

According to People Magazine, the actor has called off his engagement with the literary manager. “Sometimes things just don’t work out and this is one of them,” Perry said in a statement. “I wish Molly the best.” Perry, 51, and Hurwitz, 29, began seeing each other in 2018 and got engaged in November 2020.

“I decided to get engaged,” Perry told People at the time. “Luckily, I happened to be dating the greatest woman on the face of the planet at this time.”

Earlier this year, Hurwitz had shared a sweet message for Perry on Valentine’s Day. “Second year being my valentine, but his first as an Instagram influencer. HVD to my favourite.” Hurwitz’s profile is now private.

They spent the holidays together last year. “According to my parents’ custody agreement, my mother was not allowed to have a Christmas tree…” she captioned a photo of herself and Perry on Instagram, according to Daily Mail. “Fortunately, there’s no such agreement for a daughter’s boyfriend, so Hurwitz gets a treeeeeeee!!!”

The upsetting news of the breakup comes just after the Friends reunion, which saw Perry reunited with his old co-stars, Jennifer Aniston, David Schwimmer, Courtney Cox, Lisa Kudrow and Matt Le Blanc. Perry said that the chemistry between all of them was “still magic” and LeBlanc added that it was if no time had passed. The hugely popularly show ran from 1994-2004 and is an eternal favourite among fans.