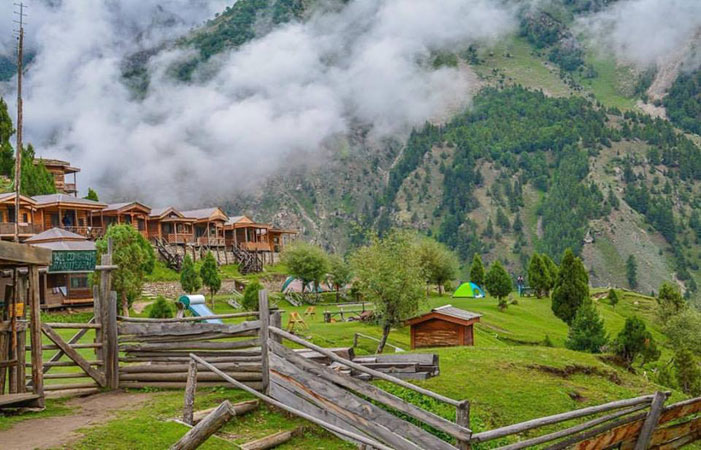 Minister for Information and Broadcasting Chaudhry Fawad Hussain on Wednesday said Prime Minister Imran Khan was taking keen interest in the promotion of tourism as it was a potential game changer for Pakistan and its economy.

“Pakistan was a beautiful and peaceful country. Prime Minister Imran Khan has a special focus and taking keen interest for the promotion of tourism in the county as PM believed tourism was the sector which could be the potential game-changer of Pakistan and its economy,” he said while addressing the second Conference of the Parliamentary Assembly of the Economic Cooperation Organization (PAECO) Countries.

He said it was the responsibility of Pakistan embassies across the world to guide people and inform them about beautiful tourist destinations. Fawad said the government was working on an easy visa policy. “We need to work on our visa regime and need to work on our security perceptions for the promotion of tourism in the country,” he added.

He said Pakistan had great demography; it has top mountains to visit. There is no example of diversity in weather right from K-2 mountains to Karachi seaport.

Fawad said Pakistan was so lucky, it has beaches, mountains, historical, religious and adventure tourism, the kind of tourism Pakistan offers no other country can come close to that.

The minister said there were numerous tourist destinations in Khyber Pakhtunkhwa and his constituency Jhelum, Yoga started from Tala Jogiyan, our region had been the passage of Baba Guru Nanak and Sikandar Azam. He said, the history of this region could be gauged from the ancient civilization here.

Fawad Chaudhry said the PAECO conference would provide an opportunity to all the member countries to promote tourism.

Pakistan has successfully combated the COVID-19 pandemic in the region and the ratio had decreased to less than four percent and Pakistan was a success story for the other countries. The minister said the corona situation in Indian was the worst.

“This is a remarkable achievement of the government and the people of Pakistan. Despite all odds, Pakistan’s economy was growing at nearly 4 percent, we have protected our poor to poor class through the Ahsaass program,” he added. Fawad also asked the management of the PAECO conference to arrange a tour of the visiting delegates to see the beauty of the federal capital. “Islamabad is a beautiful city and Pakistan has so many tourist destinations to visit,” he added.