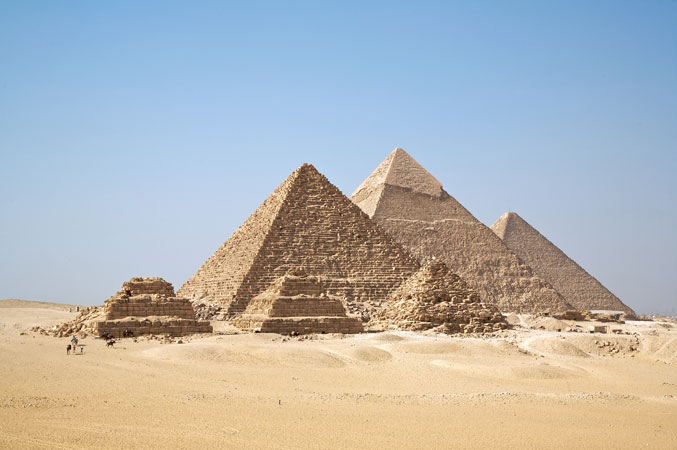 The earliest European photographers working in Egypt emphasized size and stillness in their images, strategically placing human beings in their shots to give a sense of scale.

As tourism to Egypt became more common in the later 19th century, albums full of this type of commercial photography were commissioned as souvenirs for wealthy Western travellers. Locals and tourists alike would pose at the foot of gargantuan statues and mammoth temples, the better to showcase the immensity of the artefacts and ruins. These images both created and confirmed an Ancient Egypt of the imagination that was mostly monumental and remote – distant in time and overwhelming in scale.

One of the masters of this type of photography was Antonio Beato. His Collection of Photographs of Egypt and Nubia, now at the Brooklyn Museum Libraries and Archives, contains numerous photographs dating from around 1860 that exemplify this style. Beato and others like him contributed to a grand vision of Ancient Egypt that remains fixed in the Western European consciousness to this day. It seems almost impossible to imagine that alternative visions exist – but they do.

Like an ‘upside-down’ map of the world where north and south switch places, the image of Egypt as conceived by Takejir Hasegawa, an innovative publisher during Meiji era Japan, was located well outside the dominant paradigm and thus seemed startling to Western eyes

Like an “upside-down” map of the world where north and south switch places, the image of Egypt as conceived by Takejir? Hasegawa, an innovative publisher during Meiji era Japan, was located well outside the dominant paradigm and thus seemed startling to Western eyes. Their illustrations, collected in A Nile Voyage of Recovery, which was published in Japan in 1897, disrupt the familiar visual narrative of Ancient Egypt. Hasegawa specialised in books in European languages, often for Japan’s tourist trade and resident foreign community, which included many English missionaries. The text, by English missionary couple Charles and Susan Bowles, was standard-issue travelogue – it was the visuals that were a revelation to Western eyes. 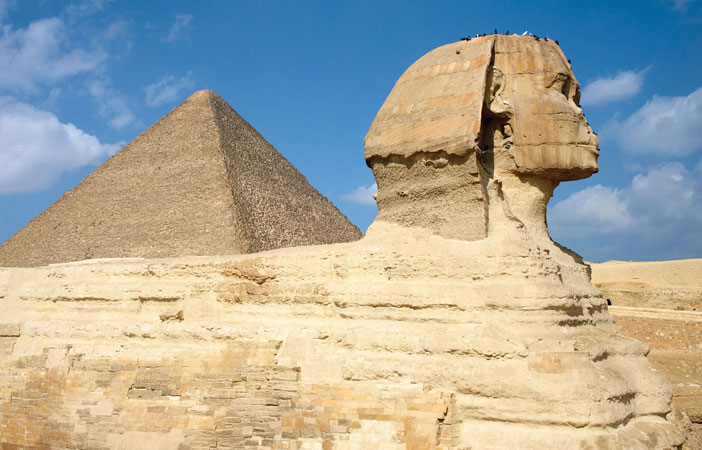 Many of Hasegawa’s early books were in the form of chirimen-bon, or crêpe paper books. Chirimen is a Japanese textile with a soft, slightly wrinkly texture that’s often used to make kimonos or for wrapping cloth. Hasegawa used the material to produce small, delicate books that could be held in one hand with the pages unfolding easily like fabric.

A Nile Voyage of Recovery is illustrated with graceful, colourful woodblock prints of Egyptian scenes and adorned with exquisite typography. The images are gentle and intimate, emphasizing detail and delicate colour. Even pictures of the Sphinx and the great pyramids give more page room to rays of light and the sun than to the monuments. The Sphinx is an integral part of the landscape, but it does not dominate.

A human-scale Egypt may seem unnatural, but it upends the conventional view in a profound and pleasant way. When we see Egypt through other eyes, we can experience something both ancient and new.