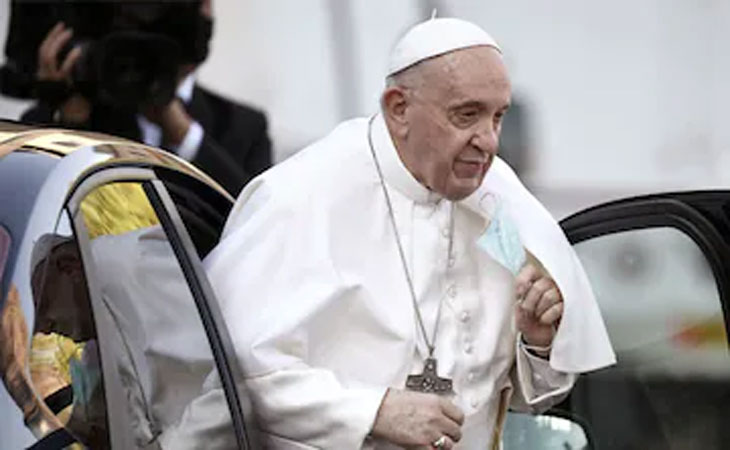 The most comprehensive revision of the Code of Canon Law in nearly 40 years followed a years-long process that begun under Francis’s predecessor, Benedict XVI, and involved input from canonist and criminal law experts. It came after repeated complaints by victims of sexual abuse and others that previous wording within the code was outdated and opaque. The purpose of the canon’s revision is “restoration of justice, the reform of the offender, and the repair of scandal” Francis wrote in introducing the changes.

Since becoming pope in 2013, the Argentine pontiff has striven to tackle the decades-long sexual abuse scandals involving Catholic priests around the globe, although many activists against paedophilia insist much more needs to be done.

He convened an unprecedented summit on clerical sex abuse in 2019 while lifting secrecy rules that hindered investigations of abusing priests, among other measures.

In a press conference, Archbishop Filippo Iannone, president of the Pontifical Council for Legislative Texts, referred to “very serious episodes of paedophilia” within the Church.

The revised code, he said, sought to express “the will of the legislator to reaffirm the seriousness of this crime and the attention to be paid to the victims.”

Clergy sexual abuse survivor Marie Collins, one of the original members of the Pontifical Commission for the Protection of Minors who resigned in 2017 because she was concerned that promised reforms were not being implemented, was scathing.

“Adultery has nothing to do with the abuse of children, it’s completely inappropriate,” she told AFP. “Punishment is left very loose and can lead to different outcomes.”

Still, the offences and their punishments are now grouped under a new heading of “Offences against human life, dignity and liberty,” replacing the earlier “Delicts against special obligations.”