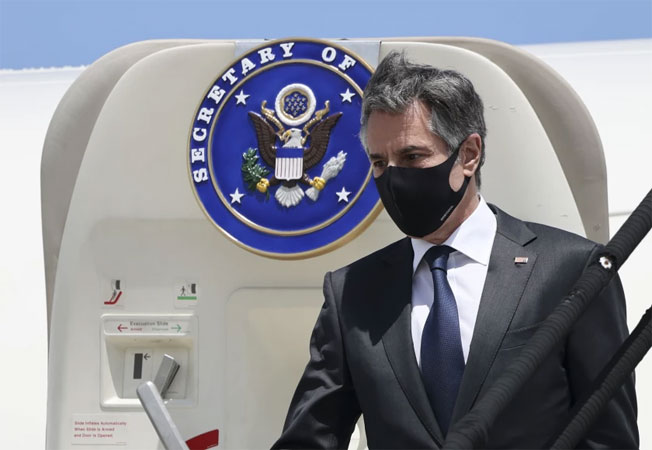 The top US diplomat, Antony Blinken, will begin a two-day visit to Costa Rica on Tuesday to discuss with Central American countries the thorny issue of migrants to the United States.

In his first visit to Latin America the secretary of state will go to San Jose, where the foreign ministers of the member countries of the Central American Integration System (Sica) — Costa Rica, Belize, Guatemala, Honduras, Nicaragua, Panama, Dominican Republic and El Salvador — are meeting Tuesday.

He is also expected to meet with Mexican officials.

“This is a great opportunity to see regional solutions” and deepen “our collaborative approach to migration challenges,” said Julie Chung, the acting assistant secretary for the Americas at the State Department in comments to reporters last week.

It is a question of putting into practice President Joe Biden’s desire to tackle the “root causes” of migrant arrivals to the southern border of the United States, she said, recalling that Washington had planned an aid package of $4 billion for the countries of the Northern Triangle (Honduras, Guatemala and El Salvador).

“The administration has been clear from the beginning about the importance of addressing corruption,” because “when you address the migration — irregular migration — the corruption and governance and rule of law, those are all interconnected,” the diplomat added.

“These are some of the issues that are the drivers of why people leave their homes in the first place. They don’t have confidence in their governments,” she said. When Biden arrived at the White House in January, he was quickly confronted with a large influx of Central American migrants at the US border with Mexico. Republicans accuse Biden, who promised a more “humane” migration policy to turn the page on the draconian restrictions of Donald Trump’s presidency, of having created a surge — and of now denying the existence of a “crisis.” Reforms promised by the Democrat are slow to take shape. Biden has entrusted his vice president Kamala Harris with the high-risk dossier. For the moment, she has promised comprehensive action against the root causes of the influx of migrants, without going into detail, before a first trip to Mexico and Guatemala scheduled for next week.