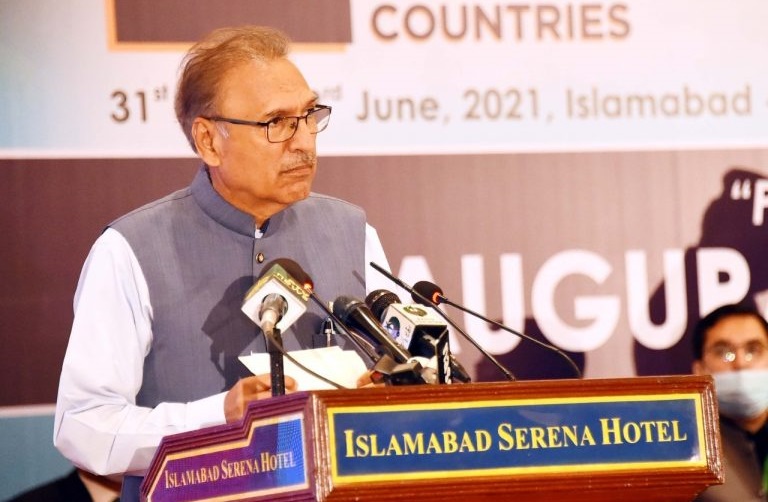 He also stressed greater trade and connectivity among the ECO countries to attain the goals of cohesive regional development and prosperity. He was addressing inaugural session of the second conference of the Parliamentary Assembly of the Economic Cooperation Organization (PAECO) countries.

“Your voice will be only heard at global platform if you are economically strong and stable,” he said, stressing upon the need for a viable regional integration through open trade market for sustainable development and poverty alleviation.

With its eight million square kilometres land mass and 500 million people, the ECO region comprised six percent of the world population and had the potential to become economic power through institutionalized trade policy reforms.

In today’s world, where morality was becoming irrelevant next to the oppressor’s own whims and wishes, a strong leadership and approach promoting the ethos of humanity was direly needed, he said, and mentioned the West’s standards and ‘hypocrisy’ in the name of ‘freedom of expression’ where incidents of blasphemy were on rise compared with the intolerance against a slight discussion on Holocaust.

PAKISTAN’S STANCE IS NOT ANTI-SEMITIC

He pointed out that labeling the freedom movement of Palestinians and Kashmiris as ‘terrorism’ by Israel and India, respectively, was another approach of seeing them through the prism of prejudice. However, he categorically said that Pakistan’s stance on Israel’s violations of human rights was not anti-Semitic, but anti-Zionist.

“We are against genocide. We are not against Jews or Christians, but against all oppressors of humanity,” he said. “Anyone who resorts to oppression, we will raise voice against them,” he said. He expressed confidence that the Muslim world would join hands in giving the world a strong message on Islamophobia.

National Assembly Speaker Asad Qaiser said that Pakistan believed in the parliamentary partnership among the ECO states to ensure socio-economic development. Bound by bonds of religion, culture and history, he said it was imperative upon the ECO countries to play a positive role in the comity of nations. 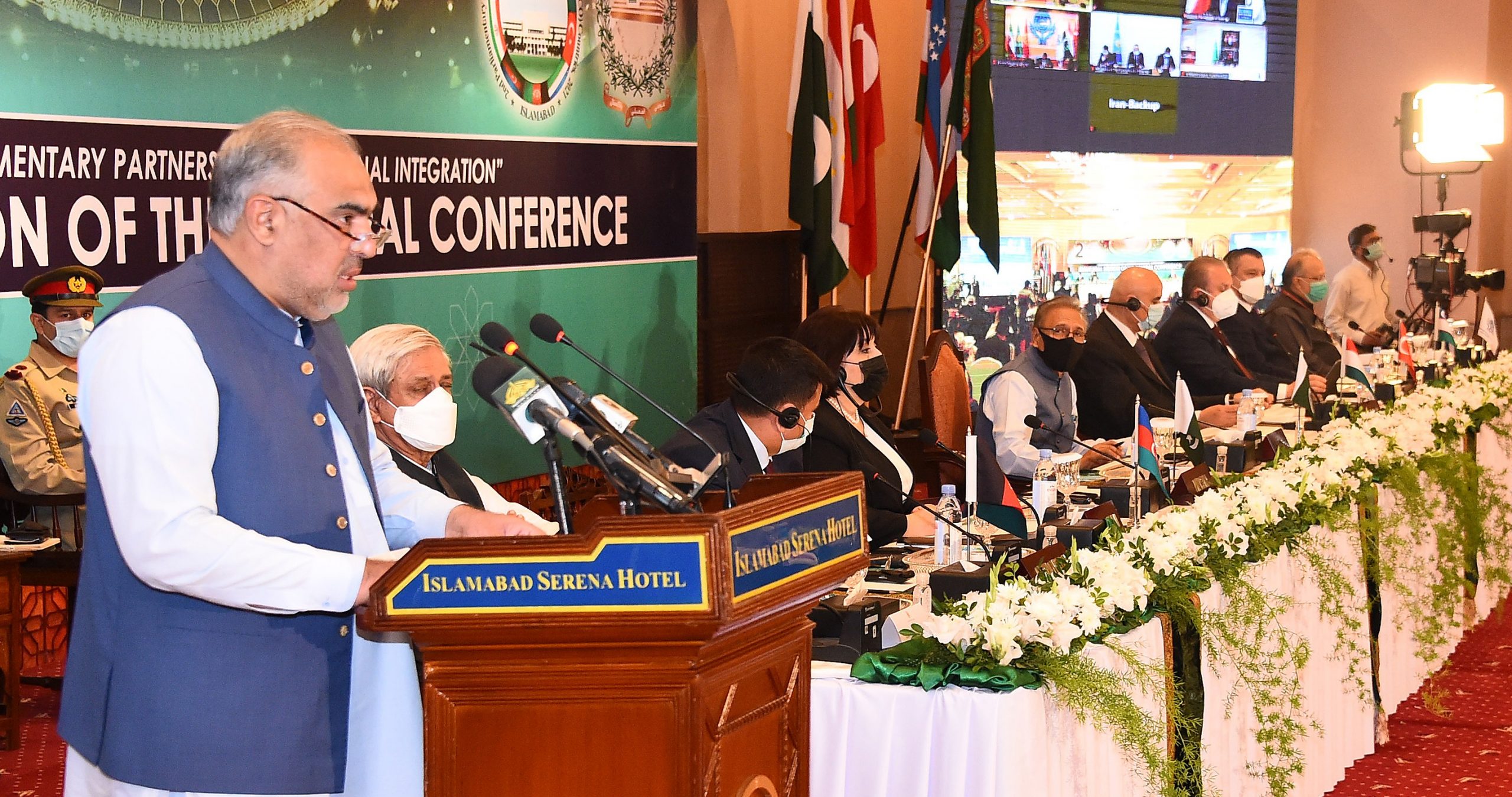 He said that the economic connectivity in the region was significant to deal with the challenges of terrorism, amidst the risk posed by the non-state actors as enemy of prosperity. He proposed ECO investment agency, establishment of inter-regional linkages and promotion of knowledge-based economies.

In his virtual address, ECO Secretary General Dr Hadi Soleimanpour favoured a strong regional financial system, and establishment of banks and regional payment system to support the trade activities in the ECO region. He said that creation of networks for regional tourism and supporting annual budget of ECO could help ensure realization of the dreams of development and prosperity.

Wolesi Jirga of Afghanistan Speaker Mir Rahman Rahmani said the goal of prosperity and development could not be achieved until all regional countries pursued the agenda of common development. He stressed that practical change could be witnessed if the states rose above their rivalries and agreed upon the collective betterment of their peoples.

Azerbaijan’s Assembly Speaker Sahiba Gafarova stressed more efficient use of resources, saying that her country stood for integration for realizing global projects. She expressed gratitude to the government of Pakistan for extending moral support to Azerbaijan against ending the 30-year occupation of Armenia.

In his virtual address, Iranian Speaker Mohammad Bager Ghalibaf emphasized on active participation of the ECO countries in anti-corruption and anti-drug cooperation and also establishing ECO police to fight crimes. He called for joint Muslim voice against Islamophobia and extending necessary support to victims.

Tajikistan’s Assembly Chairman Zokirzoda Mahmadtohir mentioned that creation of the parliamentary friendship groups would ensure setting up of mutual beneficial ties and development of economic relations. In his address, Grand National Assembly of Turkey Speaker Prof Dr Mustafa Sentop stressed cooperation amongst the ECO countries against coronavirus pandemic by ensuring availability of vaccine.

Earlier, the meeting of the Executive Council chaired by Speaker Asad Qaiser was held which was attended by the visiting speakers of the ECO member countries. The ECO conference provided representatives of the participating countries an opportunity of bilateral meetings.

Speaker Sahiba Gafarova chaired the first breakout session on women in leadership roles, where she underscored importance of women lawmakers in affecting the state policies for the welfare of women folk. Parliamentary Taskforce on Sustainable Development Goals (SDGs) convener Riaz Fatyana chaired the session of panel discussion on the impact of COVID-19 on SDGs implementation in the region.