* The Geneva-based EBU puts together the kitsch annual competition, which was cancelled last year due to the coronavirus pandemic 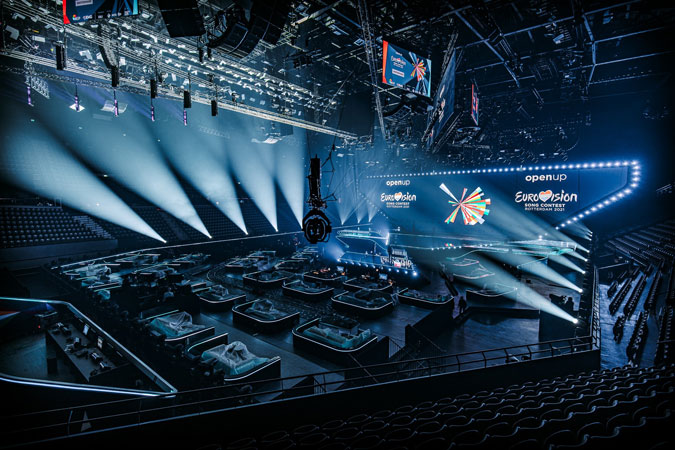 Across 36 countries, the May 22 grand final in Rotterdam saw an average of 40.5 percent of television viewers tuning into the world’s biggest live music event — up four percent from the last contest in 2019, the European Broadcasting Union said.

The Geneva-based EBU puts together the kitsch annual competition, which was cancelled last year due to the coronavirus pandemic.

Meanwhile during the Eurovision week — which includes the semi-finals — 50.6 million unique viewers across 234 countries watched the official YouTube channel, a figure up 28 percent on 2019.

The 18-34 age bracket made up 71 percent of those who viewed Eurovision’s live online content.

Italian rockers Maneskin won the contest with their song “Zitti e Buoni”, fighting off stiff competition from France and Switzerland to finish with 524 points.

“We’re thrilled to see that audiences welcomed back the Eurovision Song Contest in such huge numbers and very proud to have brought millions together at a time when so many are still apart,” said executive supervisor Martin Osterdahl.

“The huge success of Maneskin and so many of this year’s songs demonstrates that, even in its 65th year, the Eurovision Song Contest’s impact is bigger than ever.”

This year’s final was swiftly engulfed in a social media storm over speculation that Maneskin’s flamboyant singer Damiano David snorted cocaine at the final.

Footage of the lederhosen-clad vocalist leaning over a table in the hospitality area of the competition went viral.

David insisted he had not taken drugs, and cleared his name by voluntarily taking a drugs test.

In victorious Italy, 4.3 million watched the grand final — the highest number since the country returned to Eurovision in 2011 after 13 years out.

Host nation the Netherlands saw their biggest audience since records began in 2003, with 5.4 million tuning in — up 21 percent on 2019. A whopping 78.5 percent of Dutch TV viewers were watching.

However, Eurovision-loving Iceland once again had the largest viewing share of any market, at an extraordinary 99.9 percent. Germany delivered the biggest audience for the 11th consecutive year, with 7.8 million viewers.

In Britain, 7.4 million tuned in — the highest number since 2014 — despite the UK finishing in last place with Eurovision’s dreaded “nul points”. Founded in 1950, the EBU is the world’s biggest public service media alliance. It has 115 member organisations in 56 countries, plus 31 associates in Asia, Africa and the Americas.