* Speaking to Australia's 60 Minutes, the 24-year-old musician explained that he and Miley felt their relationship had run its course 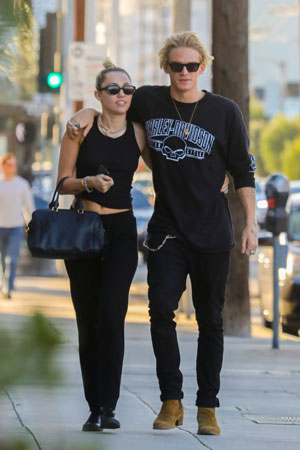 Cody Simpson is ready to open up about his whirlwind romance with Miley Cyrus. The two, who dated for almost a year before calling it quits in August 2020, have mostly remained tight-lipped about the reason for their split. However, on Sunday, May 30, Cody shared rare insight into why they decided to part ways.

Speaking to Australia’s 60 Minutes, the 24-year-old musician explained that he and Miley felt their relationship had run its course.

“I’d known her for a long time at that point,” Cody noted about his history with the “Midnight Sky” singer, per The Daily Mail, before adding, “not like a mentor but always a very hyper-creative person.”

“We went from being good friends, to just having a lot of the same friends, to being together for a while,” he continued. “Everything ended fairly amicably, and it was just one of those phases, I guess. You go through and you learn a lot from it.”

Back in August, Miley addressed her love life, including her divorce from Liam Hemsworth, in which they parted ways in August 2019.

“A year ago, almost to this exact date, the media tried to tell my story for me and control my narrative, and I’m just not accepting that,” the “Slide Away” singer said on Instagram Live, referencing her and Liam’s split.

She then discussed her and Cody’s breakup, sharing, “So today, it came out that me and my boyfriend have broken up. It was confirmed by a ‘reliable source’ even though no one is reliable in a relationship except the two individuals that are participating in it.”

“But, for right now, two halves can’t make a whole and we’re individually just working on ourselves to become the people that we wanna be,” the 28-year-old star continued. “Like everybody else at this age, we’re just deciding who we wanna be with our lives, what we wanna do with our lives. And so, don’t make it some drama story if next week we’re out hanging out or getting pizza. We’ve been friends for 10 years and we’re gonna continue to be friends.”

As she put it, “Just don’t make it something that it is not. And with that being said, I’m done with the bulls–t.”

These days, the duo has moved on from their romance. Cody, who’s been focusing on his swimming career, confirmed he was dating model Marloes Stevens in December 2020. They appear to still be going strong.

Miley, on the other hand, continues to enjoy the single life. Plus, she’s also prioritizing her music and releasing hit after hit.