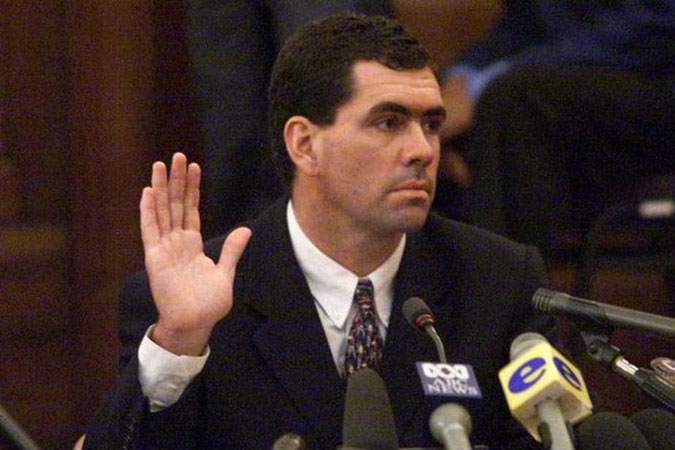 LAHORE: Hansie Cronje, born September 25, 1969, will be forever linked to bookmakers and match-fixing and the murkier side of cricket. However, he was also one of the greatest captains the world has seen who lives on in many minds as a splendid leader who somehow lost his way. At the age of 32, and just 26 months after his dramatic fall from grace, former South African skipper Cronje died in a plane crash near George, a town in South Africa’s Western Cape, on June 1, 2002.

When Cronje had taken over the captaincy from Kepler Wessels at the age of 25, no one had seemed more ideally suited for the job. Seldom had the world witnessed a more natural leader of men. The team, an assembly of sparkling talent many of whom exceeded him substantially in age and experience, accepted his appointment, supported him to the hilt and looked up to him for direction and guidance. The media around the world were charmed into singing his praises. The sponsors, who always found Cronje squeezing assignments for them in his crammed calendar, could wish for no better brand ambassador. In the half decade at the helm, he had been more successful than any South African skipper of yore — and most of the captains across time and around the world. In a huge way, Hansie’s captaincy changed the nature of cricket in South Africa.” In short, he was the ideal role model in every respect. And suddenly the many laurels he had earned were irreparably tarnished by the soot and stain of the murkiest association with the bookmakers. His pristine cricketing whites were ripped off and the unsavoury dirty linen washed disconcertingly in public. The skeletons surprisingly toppled out of a cupboard that had seldom been glanced at with anything other than a store for the most cherished of cricketing trophies.

Cronje, who captained South Africa in 53 matches –– and would surely have done so in many more –– and two World Cups, shook the cricket world to its foundations in April 2000, when he admitted taking money from a bookmaker to influence the results of matches, and invited ridicule by blaming Satanic influences for his deception. But at the time of his death, in South Africa at least, he was beginning to win back public support despite this notorious lack of repentance. Away from cricket, he had been rebuilding his life as a financial manager for a Johannesburg company. More than 2000 mourners attended his funeral.