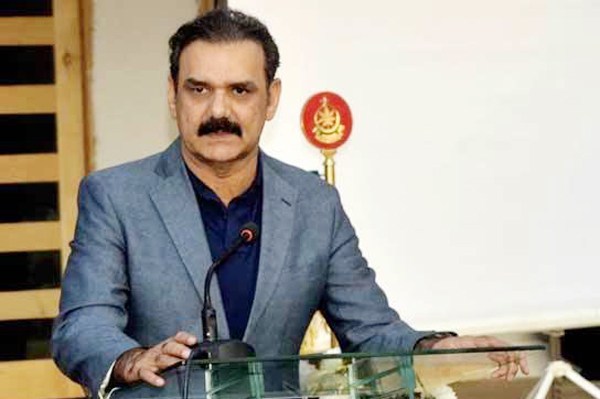 QUETTA: Chairman of China-Pak Economic Corridor (CPEC) Authority Lieutenant General (retd) Asim Saleem Bajwa arrived in c on a one-day visit to review various projects progress under CPEC on Monday.
He said that Gwadar port had been made fully operational. The online bookings could be made to deliver goods from Hayab Gwadar Port goods, saying that 24,000-tonne ship from Australia would be anchored the day after tomorrow. However, Gwadar Pehnchano ship would carry Afghan transit trade goods.
Gwadar Free Zone phase one was covered 60 acres while preparations for Gwadar Free Phase two are underway, he noted.
He further said 97 percent of Chairman CPEC Gwadar Expressway had been completed. He also visited New Gwadar Airport and reviewed works saying that Gwadar Master Plan had been approved. He said 12000 jobs would be provided to local people in two and half years, which would help to decrease the poverty line in the area despite LPG Containers would be reached to Gwadar tomorrow.
He said a new hospital was being established under China’s contribution to providing health facilities.