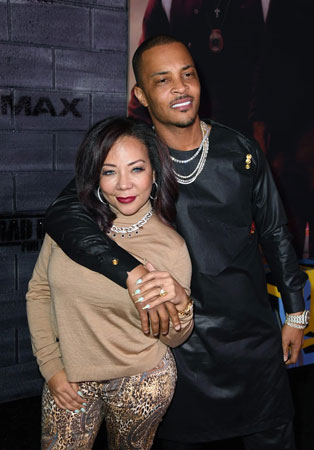 Rapper T.I. and his wife Tameka “Tiny” Harris are denouncing allegations against them after three more accusers have come forward with abuse claims against the couple.

The latest claims include drugging, sex trafficking and rape. None of the accusers has shared their names.

Steve Sadow, counsel for the couple, called the new allegations “scurrilous” in a statement to USA TODAY, asking for the accusers “to reveal themselves publicly.”

“By hiding behind anonymous allegations, the unnamed accusers effectively render themselves not credible and unworthy of belief. We say: Stop trying to manipulate the press and misuse the justice system, and let the light shine on their identities so we can go about disproving these scurrilous accusations.”

One of the most jarring claims comes from a woman who details an encounter with the couple in Miami when she was 20 years old. She says that T.I. forced her to swallow a pill and to take a powdered substance, which drugged her. She alleges Tiny then proceeded to engage in sexual intercourse and she could not consent.

Another woman, also 20 at the time, claims she was drugged and raped by T.I. and one of his male friends, again in Miami, in May of 2010. Blackburn says he has received medical records for the victim.

The third accuser says she was sex trafficked in Nevada, California and Florida by the couple.

Last month, Blackburn said he was representing 11 people who allege “forced drugging, kidnapping, rape, and intimidation in at least two states, including California and Georgia” against the Harrises, as well as members of their inner circle. Blackburn said he has also been in contact with witnesses of the alleged abuse.

“These criminal allegations span over 15 years of methodical, sadistic abuse against women in various venues throughout the country,” reads a release from Blackburn provided to USA TODAY on March 1. “These individual claims paint eerily consistent allegations of women prior to or upon immediately entering (the Harrises’) home, hotel, or tour bus (who) were coerced by Tiny to ingest drugs or unknowingly administered drugs to impair the victims’ ability to consent to subsequent vile sexual acts.”

T.I. and Tiny denied those allegations through Sadow.

“Clifford (T.I.) and Tameka Harris deny in the strongest possible terms these unsubstantiated and baseless allegations,” he said. “We are confident that if these claims are thoroughly and fairly investigated, no charges will be forthcoming. These allegations are nothing more than the continuation of a sordid shakedown campaign that began on social media. The Harrises implore everyone not to be taken in by these obvious attempts to manipulate the press and misuse the justice system.”

Separately, Blackburn is representing a woman who says she has a 10-year history with the couple and is alleging T.I. held a gun to her head after an altercation with his assistant. Sabrina Peterson is suing the couple for defamation and intentional infliction of emotional distress among other things. She previously took her allegations to social media, leading other women to come forward to Blackburn. T.I. denied her allegations on his social accounts.