Govt has no intention to impose any new tax in next budget: Tarin 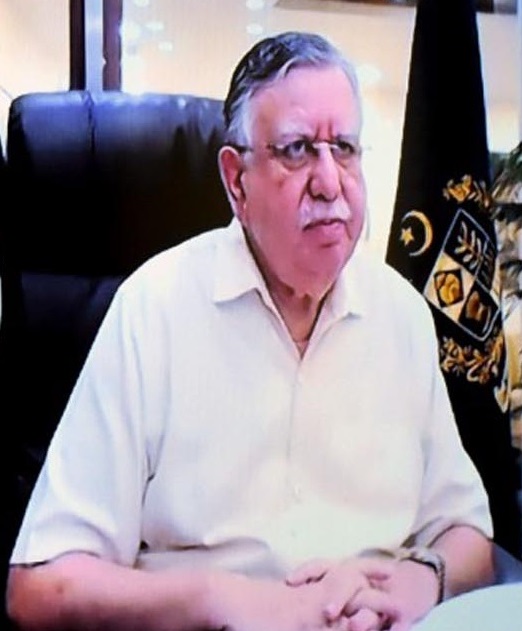 Minister for Finance and Revenue, Shaukat Tarin Sunday said the government has no intention to impose any new tax in the upcoming budget, but it would broaden tax base with use of technology to reach unreachable areas and increase revenue.

Talking to a private news channel, he said the government would enhance growth rate in next fiscal year and going to introduce innovation in resource mobilization.

Shaukat Tarin said the incumbent government would not burden the tax payers and tariff would not be further increased.

He said Prime Minister Imran Khan has great sympathies for poor people and he does not want to put burden on them.

Replying to a question, Shaukat Tarin said the government would focus on increase of exports in the next fiscal year and incentives would be given to productive sectors including textile, agriculture, Information Technology and manufacturing.

Federal Minister for Finance and Revenue, Shaukat Tarin on Sunday said that sustainable and inclusive economic growth is the key to strong and vibrant Pakistan, which can open the door for development and prosperity in the country.

“Priority of the government is to increase the country’s exports by adopting an integrated policy, through giving incentives to the productive sectors including textiles, agriculture, industries, manufacturing sector, including information technology for providing competitiveness to these sectors to compete in the international market” he said.

Addressing a webinar titled, “Budget 2020: Balancing Stability and Growth” organized by Institute of Policy Reforms, the minister said the government had already constituted an Economic Advisory Council (EAC) to evolve development strategies with the help of experts to ensure sustainable growth of about 12 different sectors.

He said that the Economic Advisory Council (EAD) in leadership of Adviser to Prime Minister on Institutional Reforms and Austerity, Dr Ishrat Hussain would give his findings to the government within a week to achieve the agenda of sustainable growth in the country.

The minister said Pakistan needed inclusive and sustainable growth as few regional countries were experiencing so, he added, a planned roadmap was being developed which the current and successive governments would follow to have consistency in the planning process.

He called it an economic paradigm shift that was the first time the government was making such a comprehensive roadmap for development of the economy since the sixties.

Shaukat Tarin said that our main focus was on economic growth to achieve the agenda of poverty reduction and provide employment opportunities to the people.

He said the measures already adopted by the government boosted revenues beyond Rs 4 trillion benchmark till now, which he termed historic, hoping to raise it to around Rs5. 8 trillion during the next fiscal year.

The Minister said that the government is committed to achieve the revenue growth of Rs. 5.8 trillion to Rs 6 trillion for decreasing the fiscal deficit and providing more resources for economic development in the country.

The government had not imposed any new tax in the upcoming budget 2021-22 but it would broaden the tax base with use of technology to reach unreachable areas and increase revenues.

The minister said the incumbent government would not put more burdens on the taxpayers and tariff would not be further increased.

Prime Minister Imran Khan had great sympathies for poor people and he did not want to burden them, Tarin said.

He said the current upward trend in inflation was due to increase in food prices and the government was making all out efforts to reduce it.

Minister said the government would enhance funding of the Public Sector Development Programme (PSDP) to Rs 900 billion and this time projects would be launched with Public Private Partnerships to promote growth.

Likewise, he added, agriculture was another prime focus of the government.

He lamented that Pakistan was converted from food-exporting to food-importing country, so the government’s focus would be on reversing this trend.

He said there was also a need to focus on all agriculture chains, adding that a progressive plan was being put in place with a number of incentives for agriculture reforms.

He said the government was also focusing on making industry more efficient to enhance exports manifold.

He was of the view that the government is also focused on the power sector for resolving the main challenge of circular debt.

Minister said the government prioritizes controlling the electricity prices through lower power tariff for providing relief to the domestic consumers as well as the industrial sector.