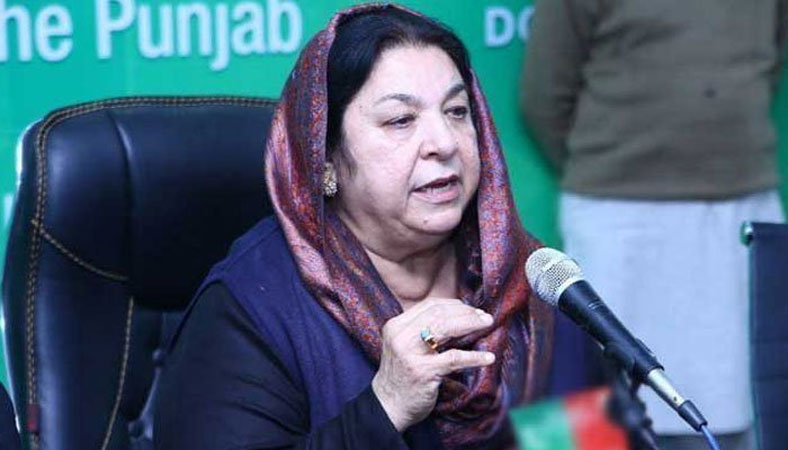 cases had decreased significantly in the province while the positivity rate had also been observed low.

Addressing a press conference, she said the number of corona patients in hospitals was slowly coming down while the number of recovered people was improving.

The minister said that only three districts in the province including Multan, Rahim Yar Khan and Khanewal had a positivity rate higher than 5 per cent, while the positivity rate in Lahore had reduced to 1.5 per cent.

She said that bed occupancy and ventilators usage rate had reduced, citing that 2,897 beds were allocated for coronavirus patients in primary care hospitals of which 410 were currently occupied while only 9 ventilators out of a total of 112 were in use in the province. She said that bed occupancy of high dependency units (HDUs) had reduced and it remained below 40 per cent in the province except Multan where it was 54 per cent.

She said that strict implementation of coronavirus standard operating procedures (SOPs) and the week-long lockdown before Eidul Fitr yielded positive results to contain the spread of coronavirus in the province.

She said that a ban on all commercial activities after 8pm, observing Saturdays and Sundays as safe days, ban on indoor weddings while outdoor weddings can be held with 150 guests, ban on indoor dining while outdoor dining and takeaway is allowed, public transport operating at 50pc capacity and a complete ban on sports had also given positive results due to which coronavirus cases had reduced. The minister said the provincial government was reopening swimming pools, amusement parks and tourism subject to SOPs.

To a question, she clarified that an adequate stock of vaccines was available, however, the first dose of the same vaccine would be administered at all vaccination centres at a time, adding that the government had 1.4 million vaccines in stock.

The minister informed that four vaccines were available to the government including Sinopharm, SinoVac, AstraZeneca and CanSino and the vaccine of one kind would be administered at a time. “People often times come to us and say we want a particular vaccine which is impossible to administer,”

she cleared, adding that right now only a second dose of Sinopharm was being administered.

She gave good news and said the formulation and packaging of Chinese CanSino vaccine was being made at the National Institute of Health (NIH) in Islamabad, adding that a large amount was being prepared there. ”In three months, we will be in a position to produce our own vaccines,” she said.She urged people to continue following SOPs, saying that if people did two things — properly maintaining SOPs and getting vaccinated — then the government would be able to “control the pandemic” within the next three to four months.