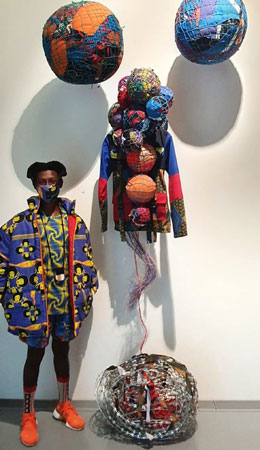 Rwandan-born fashion designer and visual artist Eli Gold left his home when he was 13 as his country was wracked by a civil war and genocide, a journey that took him across several African states.

Gold lived in Tanzania, Burundi and Malawi among others after leaving Rwanda, before arriving in South Africa, where he is based.

Now 30-year-old Gold expresses his love of the continent through art and fashion.

“By living in those places I got to understand what Africa is about and I got to meet different cultures … the inspiration that I use in my creativity all come from different African cultures,” said Gold.

His company, Masa Mara, unveiled its latest fashion ranges at an event in Johannesburg on Tuesday to celebrate Africa Day, which commemorates the founding of the Organisation of African Unity.

Catwalk models showed off his collection of colourful African prints called “Migration Is Beautiful, Destroy All Borders”, which is a call to embrace migration and, like much of Gold’s work, was inspired by his own experiences. 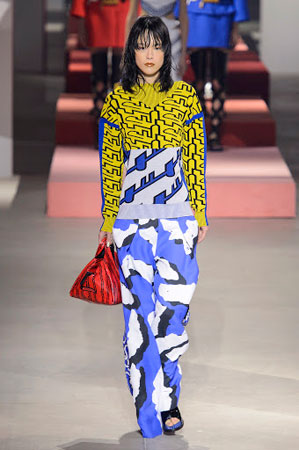 “I wanted to show that if we come together, understand and embrace one another, we can have a beautiful united Africa,” he said of his work. “I always say, if the garments can correspond and show harmony and togetherness, we people can also do that.”

Gold is also known as Nyambo MasaMara. Nyambo, which means “a long-horned Rwandan cow”, is a name he took after he styled his hair into the shape of bull horns.

His other projects include “Beyond Borders”, a choreographed show where a spirit travels through space and time to an Africa where borders and limits to creativity do not exist. His “Gift of Life” exhibition also combines visual art and design with movement.

“I come from a nation that was broken and now we’re fixing ourselves and reuniting better than ever,” said Gold.

“When I left it was a country that I was not proud to be a part of,” said Gold. “But when I went back, it really made me proud to be Rwandan.”