Pakistan likely to receive record remittance inflows of $29b 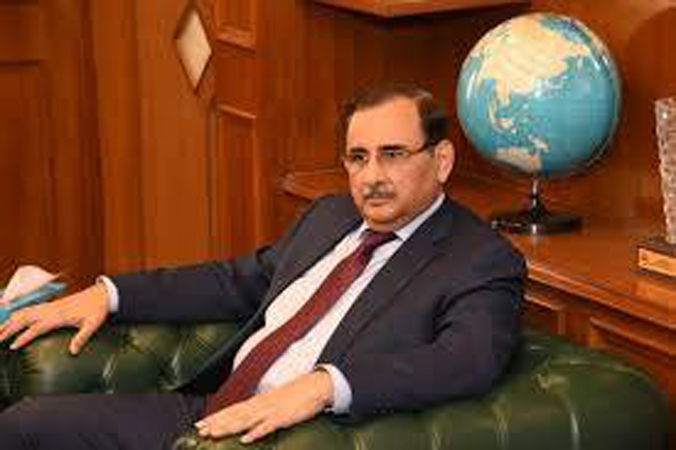 The Federation of Pakistan Chambers of Commerce and Industry’s Businessmen Panel Chairman Mian Anjum Nisar has expressed the hope that Pakistan would receive record remittance inflows of up to $29 billion this year, as the government and central bank initiatives to facilitate overseas workers have started giving positive results amidst worldwide corona epidemic challenges.

Mian Anjum Nisar said that foreign remittances flows are the only hope which can support the country’s account balance amidst low volumes of foreign direct investment and slow growth of exports.

He said that overseas Pakistanis living in Gulf and Saudi Arabia are likely to maintain an upward momentum in remittances, as they contributed more than 60 percent of the total inflows during the July-April 2021.

The BMP Chairman said that upward trend in remittances from overseas workers was positive news for the country’s economy, as remittances to Pakistan stayed above $2 billion for the 11th consecutive month in April 2021, reaching $2.8 billion, up by 56 percent. Cumulatively, remittances have risen to an all-time high mark of $24.2 billion during July-April 2021 period, up by 29 percent over the corresponding period last year, he noted referring to the State Bank of Pakistan data.

He said that restrictions on travelling, introduction of new channels of money transfer, launch of Roshan Digital Account, government efforts to curb anti-money laundering and more reliance on digital channels are the major motives to attract record remittances inflows.

Mian Anjum Nisar called for more incentives to further escalate foreign remittances, besides enhancing investment in the country by Pakistani expatriates, which can play a pivotal role in boosting the economy of Pakistan. He said that if the government assists overseas Pakistanis and provides them with incentives, they can play a pivotal role in boosting Pakistan’s economy through their remittances and investments for the socio-economic prosperity of the country.

“The BMP is happy that the Pakistan Remittances Initiative has started giving results, as the initiative had led to the improvement in remittances’ inflow for the straight 11 months, contrary to the anticipation of 12 percent drop in remittances to five Asian nations, including Pakistan by the top global credit rating agencies. He noted that structural reforms can revive Pakistan’s economic growth with a major focus on incentives for oversees Pakistanis workers and industrialization.

He remarked that overseas Pakistanis can invest in the housing sector, agriculture, transportation and various other industries, which have huge potential. The government has badly failed to attract foreign investment because the persisting process of approval for projects discourages the investors, he added.

The FPCCI former president requested the bureaucracy to mould simple procedures by revisiting the existing processes so that investors could be facilitated, calling further for continuation and consistency in long-term policies once they are announced, as changes and revisions hurt the industrialists’ plan of production and purchases and booking of orders, which is made according to the policy announcement.

The president observed that the government’s announcing of incentives for global and domestic banks and remittance-transferring firms to make the inflow of foreign currencies faster, cheaper and more convenient under the PRI were appreciable.

“It is a good step that the government has allowed overseas Pakistanis to open and maintain bank accounts in local and foreign currencies in Pakistan through mobile and internet banking under the new Digital Account initiative, which will definitely improve the inflow of workers’ remittances and foreign exchange reserves through the digital account,” he opined.

Mian Anjum Nisar observed that the country has been unable to achieve its full export potential and product diversification owing to limited access to raw-material, and to this effect, the application procedures for temporary import schemes should be simplified so that exporters are able to achieve price competitiveness and product diversification.

Calling for the lowering of import duty on smuggling prone items, Anjum He added that both the exports as well as the local industries should be facilitated, with rules, regulations and procedures for industrial sectors easy enough to enable them to play due role in the economic stability of the country.