Pakistan Democratic Movement (PDM) chief Maulana Fazlur Rehman Saturday said no more time can be spared to discuss the topic of PPP and ANP, the two opposition parties who recently parted ways with the alliance.

“They can still contact the PDM leadership and apprise them about their intentions. But it is not something that we will waste time over anymore during PDM meetings,” Fazl said at a press conference in Islamabad after an hours-long meeting of the PDM. Responding to a question, he said PPP and ANP were not discussed during the meeting, as they are no longer a part of the alliance. “The two parties have time to inform the alliance of their intentions. But the PDM can’t spend any more time on this topic in future sessions,” he told media, flanked by PML-N President Shehbaz Sharif, PML-N Vice President Maryam Nawaz and other prominent PDM figures.

When Maryam was questioned about PML-N supremo Nawaz Sharif’s stance regarding the topic, she replied, “His stance is the same as the one Maulana sahab has expressed in front of you. Don’t drag out a non-issue again and again and try to make it into something. We have said what we wanted to say about that.”

Fazl said the PDM has decided to launch a fresh phase of protests to send the government of Prime Minister Imran Khan home. “PDM has devised a plan of protests across the country and on July 4, a grand demonstration will be staged in Swat [in this connection],” he said. After Swat, the anti-government movement will stage similar demonstrations in Karachi, Islamabad and other cities, he said, adding that Swat rally will be followed by another one in Karachi on July 29. Thereafter, on the occasion of August 14, independence day, a massive protest will be held in Islamabad, with PDM showing solidarity to Kashmiris and Palestinians. “PML-N will also host a budget seminar soon to form a unified strategy during the government’s budget session in the parliament, while the task to hold the event has been given to PML-N President Shehbaz Sharif,” he added.

Fazl said the opposition alliance has rejected the government’s ‘one-sided’ electoral reforms, which include the use of electronic voting machines (EVMs). “PDM rejects the government’s unilateral electoral reforms ordinance, including the voting machines, and terms it as pre-poll rigging,” he said. The Election Commission of Pakistan call a meeting of all political parties to take a unanimous decision on reforms, he added.

Fazlur Rehman said the PDM has decided to begin legal proceedings against the PTI-led government’s ‘unlawful acts’, for which, a legal team will be formed, with PML-N’s Azam Nazeer Tarar as its convener and JUI-F’s Kamran Murtaza as the co-convener.

Fazl also hit out at the government’s operations against encroachments and alleged that in the name of removing encroachments, the properties and livelihoods of shop owners are being taken over to ‘create plazas’. “This situation is unacceptable and the PDM will stand side-by-side with the oppressed,” he said.

Commenting on the regional security situation, the PDM chief said that parliament should be taken into confidence and a session should be called where facts should be provided to the nation. He said that the PDM leaders, during the meeting, expressed concerns over the tumultuous events transpiring in the region. “Our government is not elected, and the government that does not have the backing of the people does not have the capability to face any challenge,” he said. “PDM demands that in light of the situation prevailing in the region and Afghanistan, a joint session of the parliament be called to discuss the foreign and defence policies,” he added.

The PDM chief said the relevant officials overseeing the policies should brief the parliament over developments in the Afghan peace process and other related matters. “Government officials should especially address speculations that Pakistan is offering airspace to American planes,” he stressed.

The PDM meeting strongly condemned attacks on journalists and expressed its solidarity with them, Fazl said.

On speculations that PDM is planning to boycott upcoming budget session in parliament, Fazl said no decision in this regard has been taken thus far. However, he added that Shehbaz being the leader of opposition in National Assembly will host a seminar of all opposition parties on the matter. 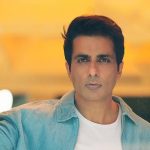 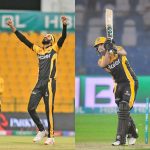