ADP to be welfare-oriented, aimed at reviving economic uplift: CM 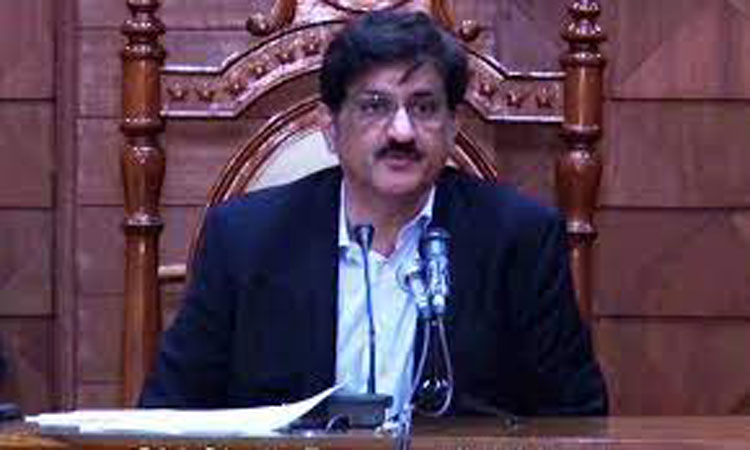 Sindh Chief Minister Syed Murad Ali Shah on Saturday said that the next Annual Development Programme (ADP) would be public welfare-oriented in which schemes to contain pandemic, revival of the economy, poverty reduction, and empowerment of women would be launched.

This he said while presiding over a meeting to finalize the annual development programme (ADP) for the next financial year 2021-22 here at CM House.

The Chief Minister giving final touches to the next ADP 2021-22 told the departments that they must complete their on-going schemes which have been provided 100 percent funding.

“The schemes on which 50 percent funds have been utilized would be given priority to complete them in the next budget,” he said.

The chief minister said that the pandemic has hit the economy hard, therefore poverty has increased. “We would launch community development programmes to reduce poverty and relief would be given to small businessmen for revival of their business,” he said.

He said that the pandemic of COVID-19 containment would be given priority in the next budget uplift schemes.

“We are going to establish Infectious Disease hospitals in other divisional headquarters,” he said and added that the entire population of the province would be vaccinated to secure them.

Murad said that during the last one and half year of the coronavirus pandemic the education sector has suffered a lot. “We would launch a scheme to modernize the education system so that educational activities can be continued without any interventions,” he said.

CM Murad directed all the departments to focus on completion of on-going schemes in the next financial year.

He directed the Transport Minister to speed up launching and completion of BRT Orange, Yellow and Red lines in Karachi.

Murad also directed the departments to sit with Planning & Development dept to finalise their development priorities so that the next portfolio could be finalised for budget 2021-22.

Sindh Chief Minister Syed Murad Ali Shah has approved a Rs4 billion Solar Home System (SHS) scheme being launched with the assistance of the World Bank in 10 districts from next month.

He accorded this approval while presiding over a meeting of the Energy department.

Briefing the Chief Minister, Energy Minister Imtiaz Shaikh said that a Rs4 billion Solar Home System has been developed with the assistance of the World Bank.

Under the plan 20,000 households would be given SHS in 10 different districts of the province with a 50 percent subsidy.

The recipient of the SHS would have to pay 50 percent to the vendor while the remaining 50 percent would be paid by the government.

Imtiaz Shaikh said that prequalification of the SHS supplier/vendor has been selected in two districts, Sanghar and Khairpur.

In each district, these SHS would be provided to 60 percent household units being headed by female and 50 percent by male households.

The Chief Minister directed the energy department to give preference to the poor people who were either living in the off-grid area or to those who could not afford to get power connection.

The Chief Minister approved the project and directed the Energy Minister to make arrangements for launching the project from next month.