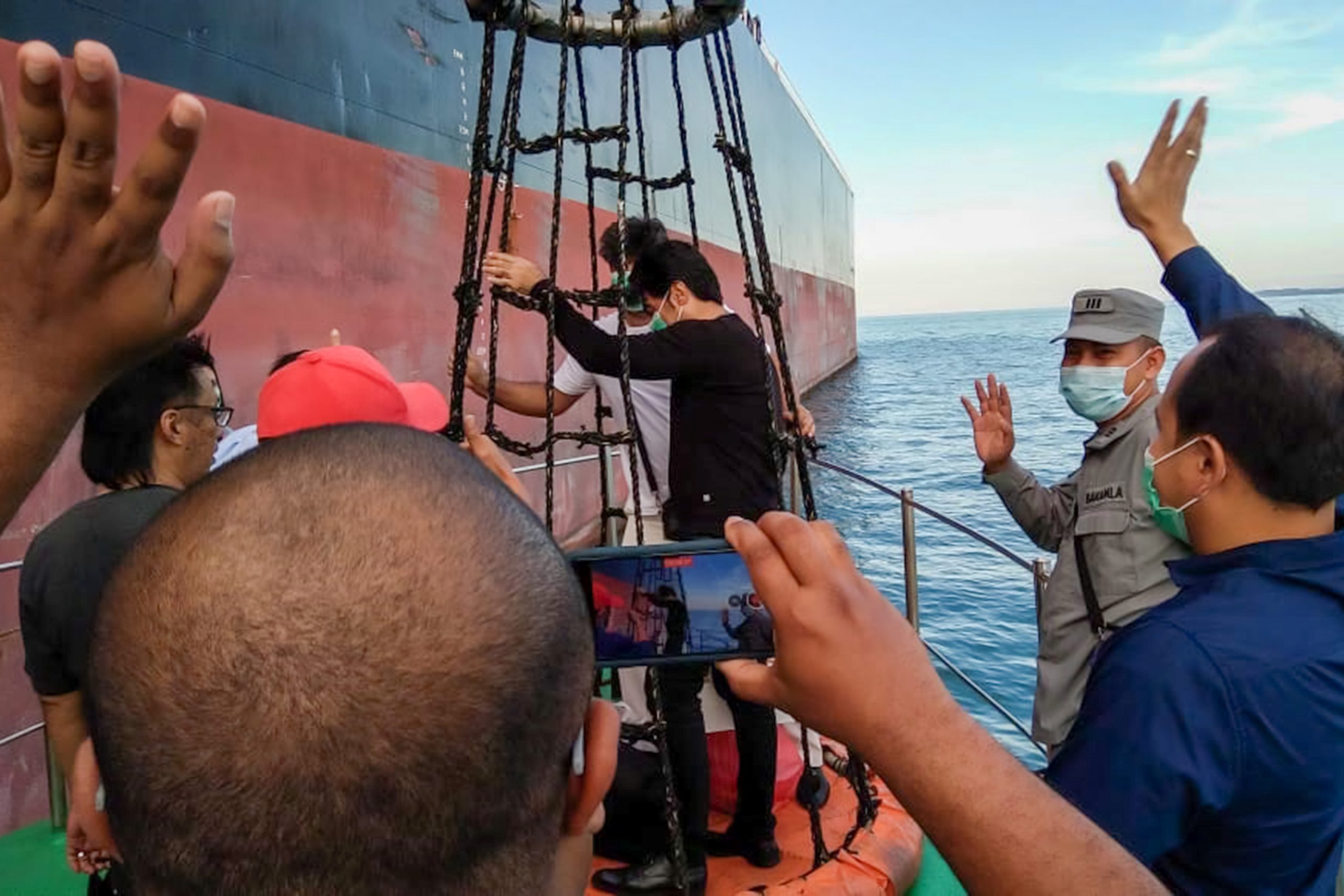 Indonesia has released an Iranian tanker and a Panamanian vessel that were both seized at the beginning of the year on suspicion of illegal oil transfers, officials said on Saturday.

Following legal proceedings, the crude oil tankers — Iranian-flagged MT Horse and Panama-flagged MT Freya — left Indonesia on Friday, the country’s Maritime Security Agency spokesperson told AFP. The captains of both tankers were found guilty on Tuesday of entering Indonesian territory without a permit. MT Horse’s Iranian captain Mehdi Monghasemjahromi and MT Freya’s Chinese captain Chen Yo Qun were each handed a suspended prison sentence of one year with a two-year probational period. The court also ordered Chen to pay a two billion rupiah ($140,000) fine for dumping oil illegally in Indonesian waters. Both captains were released from detention and were believed to have left Indonesia with the rest of the crew Friday despite their sentences.

In January, the tankers were spotted off Kalimantan, Indonesia’s section of Borneo island, and were later seized after the crew failed to respond to radio calls. Indonesia’s Maritime Security Agency or Bakamla claimed the crew were suspected of a string of violations, including failing to display the vessels’ national flags, turning off their identification systems to avoid detection and illegally transferring oil. The MT Horse “has been released (Friday) after 125 days once the legal process was successfully concluded”, the official Iranian news agency IRNA reported, citing a National Iranian Oil Co. statement. “Despite enduring challenges and isolation from their families, the crew made sacrifices to defend national interests and maintain the stream of oil and oil products exports from the country,” the statement added. Iran has previously been accused of trying to conceal its oil sales to avoid crippling US sanctions. In October, the administration of former US president Donald Trump slapped sanctions on Iran’s oil sector over sales to countries including Syria and Venezuela.

The move was part of a broader bid to end all of Iran’s key oil exports, seeking to choke off cash sources for the regional nemesis of US allies Saudi Arabia and Israel.