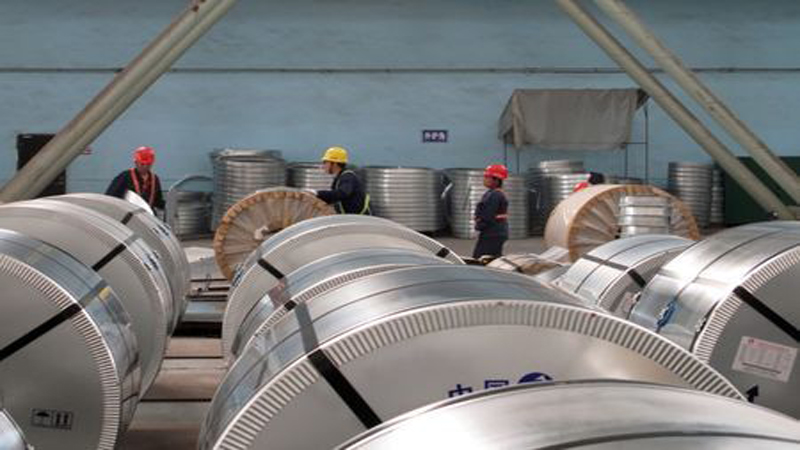 In a conference organised by AKD Securities Ltd, an analysis regarding industrial growth showed progress in the different sectors of the industry. Key players in the market predict growth rate for the coming fiscal year in between a booming 6-10 percent.
The Pakistan Long Steel Conference (PLSC) was called where leading listed steel players shed light on the future outlook of the sector.
Mohsin Ali, an investment analyst at the brokerage house, observed that the extremely robust construction package introduced by the government for the housing sector coupled with contribution from increased urbanization will induce massive steel demand in the coming years.
Housing schemes launched for the general public have great potential for the same, leading to 100 percent capacity utilization in the industry. There are high hopes from the Naya Pakistan Housing Scheme that is expected to generate 4-5 million tons of demand in the coming 2-3 years (given the project reaches 50% of its completion).
He added that demand generated via dam construction is estimated to be 3.5-4.5 million tons over the construction horizon as steel consumption ratio to cement is higher for dams
The gathering was informed; in addition, that the hub of construction activity would be the northern region of Pakistan given 85 percent of utilization will be done here. Furthermore, upward pressure on prices would be due to this demand as well as a rise in scrap prices.
He added that potential increase in demand is indicative of the fact that the industrial sector is on the right track, leading to economic growth and reduction in unemployment.
Regarding the influx of ungraded rebar, Mohsin commented that industry players remain confident that low current prices differential (PkR7-12k/ton vs. PkR15-20k/ton previously) will help in mitigating the excess supply impact. To recall, supply of ungraded rebar had taken a hit due to raw material availability issues amid environmental concerns which led to closure of few plants.
The conference was attended by listed long steel players namely Amreli Steels Ltd. (ASTL), Mughal Iron & Steel Industries (MUGHAL), Agha Steel Industries Ltd. (AGHA) and Ittefaq Iron Industries Limited (ITTEFAQ).