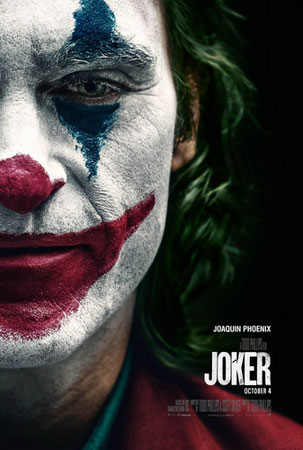 Todd Phillips, who co-wrote and directed 2019’s DC movie Joker, is returning to write its sequel, as per a report in The Hollywood Reporter.

In a report about Hollywood’s most powerful lawyers in THR, a statement says Phillips has struck a deal to co-write the sequel with Warner Bros.

It was first claimed in The Hollywood Reporter in November, 2019, that a sequel to the Joaquin Phoenix-starrer is in the works. It is not clear if Phoenix will be back to play the role. The first film ended on an ambiguous note.

Phoenix told IndieWire in 2019 that the possibilities are “endless” for the sequel. He said, “I don’t know that there is,” Phoenix said. “Me and Todd would still be shooting now if we could, right? Because it seemed endless, the possibilities of where we can go with the character.”

It was first claimed in The Hollywood Reporter in November 2019, that a sequel to the Joaquin Phoenix-starrer is in the works

Joker told the origin story of the Clown Prince of Crime, the most famous comic-book supervillain and the arch nemesis of Batman.

The film was made on a budget of about 55 million dollars, and went on to collect 1.07 billion dollars. Due to the huge difference between its budget and gross collection, it is considered to be the most profitable comic-book movie ever.

Joker also generated a lot of controversy, as some critics claimed the film aimed to humanise American real-life gun-toting mass murderers. But the film received the ultimate acknowledgement – from the Academy in the form of 11 Oscar nominations.

Phoenix went on to clinch the Best Actor Oscar, becoming the second actor after Heath Ledger to win an Oscar for his portrayal of Joker. Hildur Guðnadóttir, the film’s composer also won the Oscar for Best Original Score.