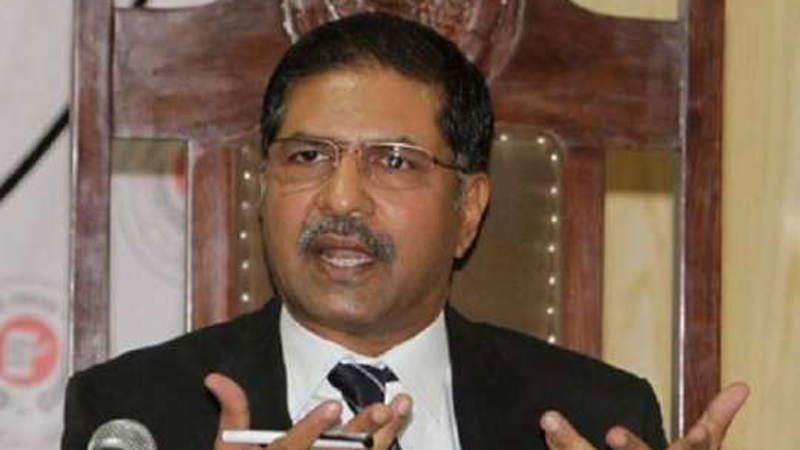 The JKT saga seems far from over. While the disgruntled cronies swarming the PTI’s former Man Friday had a night on the tiles over the so-called “clean chit,” Senator Barrister Ali Zafar has about-turned his findings. Spearheading the merrymakers was elated MNA Raja Riaz who declared, “Thanks to the Almighty, Tareen has been cleared of all charges and he has nothing to do with any transaction.” Popping their bubble, the ace lawyer from Lahore tweeted, “Let me make it clear that there is no report submitted by me.”

As was foreseeable, this retreat has led to an utter ruckus from the said rebel group. Whilst the new entrant to the Senate race keeps everyone guessing, murmurs of some influential position-holders steering the ship according to their whims are gaining more reverberance. Power corridors are busy churning rumours about Islamabad landing in a pickle.

However, the Kaptaan has already set a phenomenal precedent by making the sugar commission report public. There’s more. After being through thick and thin together for nearly a decade, he is not even on talking terms with the baron. The premier has voiced how calling for action against such a dear friend “was (one) of the hardest decisions (he) ever had to take.” But as time stands witness, his party’s anti-corruption mantra reigns supreme.

Now, those calling Barrister Zafar’s report a sticky wicket for the skipper are not entirely on the wrong track. Though the senator has ditched the googly, he still needs to present something in front of the nation. With all eyes on his take on the sugar scam, this dilly-dallying wouldn’t do! There is an increasing pressure by the JKT camp against this delay. Even if the new player finds his circumstances awkward (some may even say, terrifying), his findings are not “an internal matter” of the ruling party. Daily Times has already brought the Tareen’s group demand into the open. The more time Mr Zafar takes in this useless exercise of whether to submit his report, the greater would be the implications for his boss.

After all, if he sticks to the much-talked-about absolution of Mr Tareen, the PM house would have no other option but to give in to rebels. For, they would have been championing the right cause all along. PM’s Advisor (Accountability) would ergo lose the moral high ground he has been beating the drum about. Thitherto, allegations regarding political conspiracies and case-manufacturing are flying left, right and centre. Though the report does not hold any legal bearing, such vilification would not only be an egg on his but the face of the entire king’s party. This new conundrum is a real test for PM Khan. Staying true to his accountability drive would mean owning the truth. However, spelling out the perpetrators behind this scandal might mean castigating those in his inner circle. Is Mr Prime Minister actually ready for this?

As for JKT and co, notwithstanding whether they are speaking from a position of strength, what backup plan do they have if the barrister votes against them? In a real test of their resolve, their future actions would put a rubber stamp on the nature of their movement. It is already being deliberated that the movement speaks more to their personal grievances against the government than bringing relief for their Multani chief. For a long time, party MNAs and MPAs have been asking for development funds. The fact that many of them cooled down after sitting down with Punjab CM adds more credence to their ulterior motives, foremost of which included minting constituency funds. Saeed Akbar Nawani even went to the extent of proclaiming full support for the Rajanpuri Sardar. Therefore, they may huff and puff all they want. But if this report also stands by the Sugar Commission report, there is literally no stopping Tareen from landing in fire.

Ramblings about the future of the blue-eyed Buzdar are once again on the table. But to pose a viable threat, the JKT group first needs to come through its battle. Further, the hyped comeback of Chaudhry Nisar Ali Khan might have twisted the power dynamics inside PML-N but rest assured, he is not a part of the hotseat race. For froth and bubble may bring the sizzle to television screens, but they are just moot without steak!