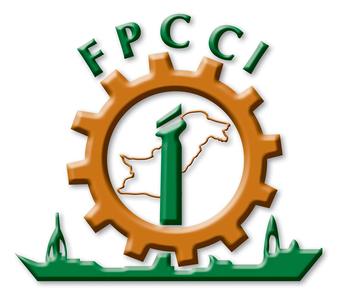 KARACHI: Consul General of the Republic of Korea in Karachi, Kim Haksung Friday visited the Federation House and discussed with FPCCI leadership issues of bilateral trade, business travel, and the need to expedite the consultations to agree on a Free Trade Agreement (FTA).
According to a FPCCI press release, the visit was organized by Pakistan-Korea Business Council. The Korean CG termed it a good opportunity for him to visit FPCCI and listen to the views of the Pakistani business community aimed at doing business with Korea.
President of the Federation of Pakistan Chamber s of Commerce and Industry (FPCCI), Mian Nasser Hyatt Maggo, expressed satisfaction over the successful meeting with the Korean delegation and stated that Korea could be one of the top destinations for Pakistani Mangoes and Textiles.
He also called for broadening the cooperation between FPCCI and Korea Trade-Investment Promotion Agency (KOTRA).
Director-General Korea Trade Centre, Karachi, Sung Jae Kim, mentioned that KOTRA was working towards enhancing bilateral trade between Korea and Pakistan, besides facilitating businessmen of both the countries.
Commercial Counselor of Pakistan in Korea, Imran Razzak, shared fact-based inputs with the audience to enhance bilateral trade relations between the two countries. He apprised that Korea is more than a $12 billion textiles market, and Pakistani exporters should tap that market.
Chairman Pakistan-Korea Business Council, Sohail Nisar, emphasized the need to expedite the consultative processes, which might lead to the signing of an FTA between the two countries and would provide an invaluable impetus to the enhancement of bilateral trade.
The FPCCI wishes that Korea makes travel and visa issuance to Pakistani businessmen, industrialists, and exporters easier and faster.
Later, Mian Nasser Hyatt Maggo presented the FPCCI crest to the Consul General of Korea. Vice President FPCCI Hanif Lakhany, Convener Central Standing Committee on Customs Shabbir Mansha Churra, and others were also present at the occasion.