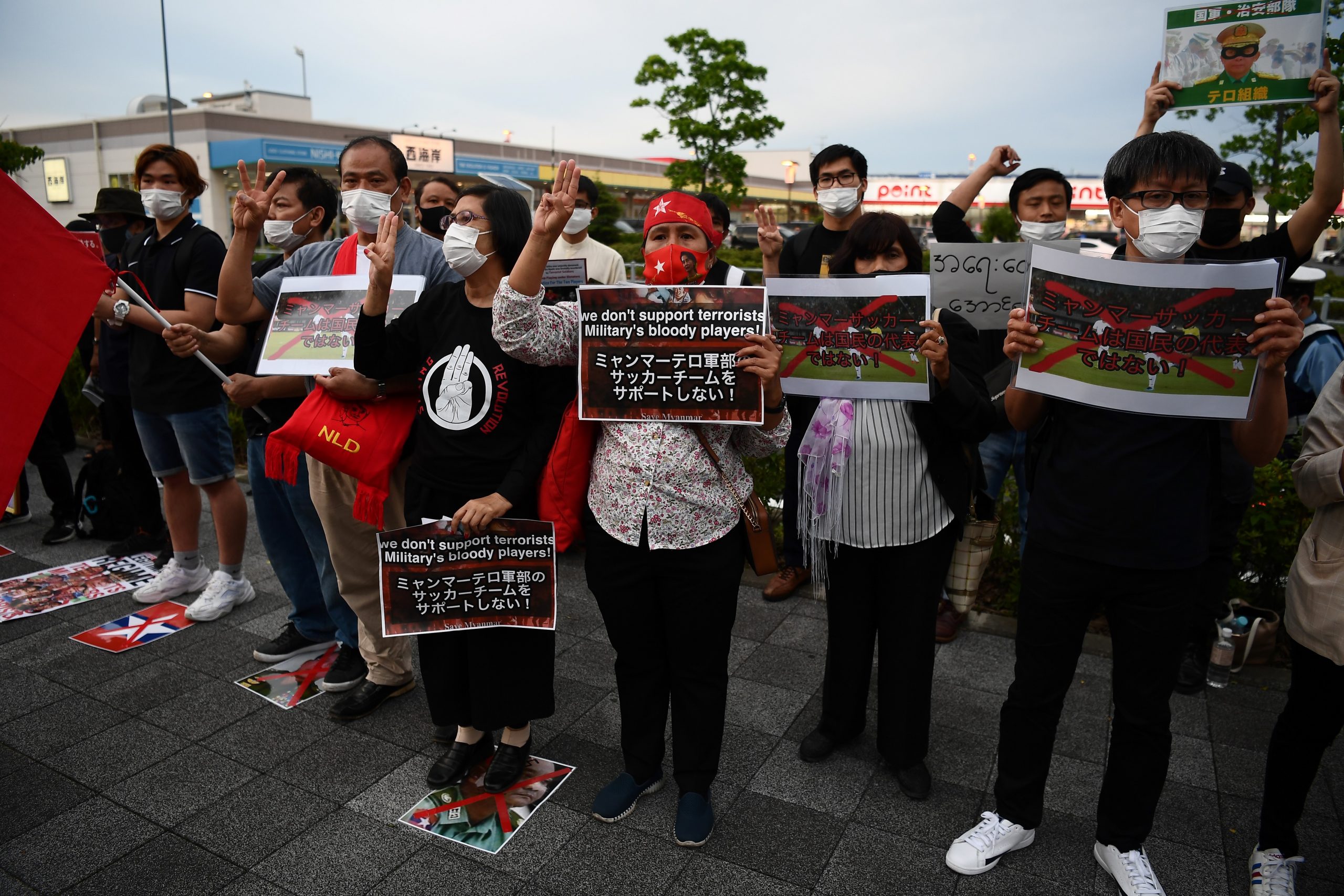 Anti-junta Myanmar protesters waved three-finger salutes and chanted slogans against the military coup before their country’s World Cup qualifier in Japan on Friday.

Around 70 protesters gathered before kick-off outside the stadium in Chiba, near Tokyo, carrying pictures of detained Myanmar leader Aung San Suu Kyi and waving flags from the 1988 uprising. “This team doesn’t represent the Myanmar people,” a protester who gave her name only as A told AFP. “This isn’t a protest against the players. We just want them to stop cooperating with the military junta.”

But the national anthems passed off without incident, with the players standing in silence. One protestor outside the stadium, who gave his name as Win, said “this is not a real team”. “They don’t want to play, but maybe they have a lot of pressure,” he said. The game was being played behind closed doors, but the protesters could clearly be heard inside the stadium before kick-off. Their permission to be there ended before the game began.

“I don’t respect the players,” said a protester who gave his name as Lian.