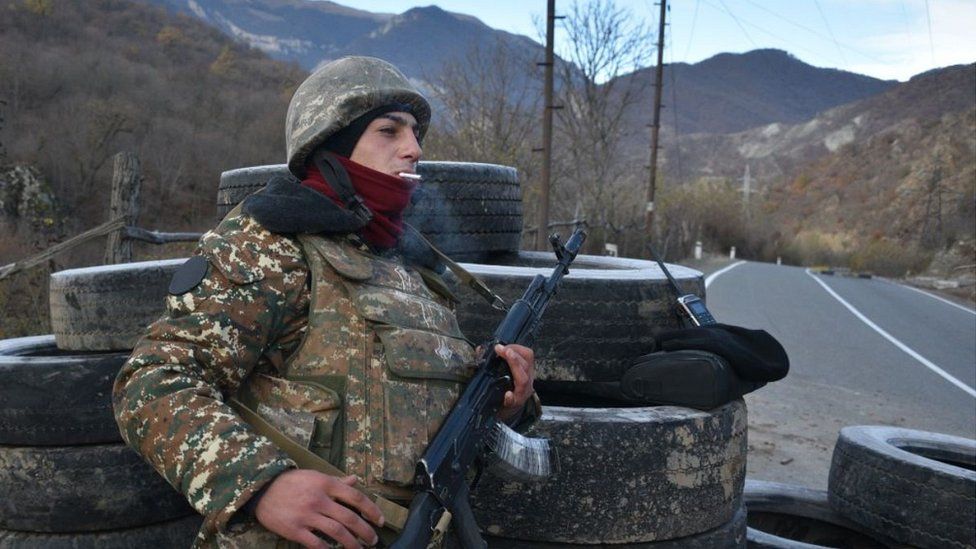 Azerbaijan said Friday that one of its soldiers was wounded after Armenian forces opened fire along the ex-Soviet rivals’ shared border, the latest in a series of incidents.

The two Caucasus countries clashed for six weeks last year over control of Nagorno-Karabakh, a mountainous ethnic Armenian enclave in Azerbaijan controlled for decades by separatists. The war ended with Armenia losing swathes of territory it had controlled in Azerbaijan, sparking a political crisis in the country over what many consider overnight.a humiliating defeat. Azerbaijan’s defence ministry said in a statement that its positions in the Nakhchivan exclave on the border with Armenia and Turkey “came under fire from Armenian armed forces”

It said a serviceman was wounded in the shoulder and taken to hospital for treatment. Armenia’s defence ministry said it “categorically denies” the accusations. The incident came a day after six Armenian soldiers were captured by Azerbaijan in the Kelbajar district, which was among the territories recaptured by Baku last year. Armenia said its forces were carrying out engineering work in the border region, while Azerbaijan’s military said the soldiers were part of a “reconnaissance and sabotage group”.

Earlier this week, Armenia said one of its soldiers was killed after shooting broke out with Azerbaijan’s forces, an incident Baku denied responsibility for. Tensions have been running high since earlier this month, when Armenia accused Azerbaijan’s military of crossing its southern border to “lay siege” to a lake shared by the two countries.

The skirmishes come in the run-up to snap parliamentary polls in Armenia on June 20, which Prime Minister Nikol Pashinyan announced under pressure from opposition protesters. On Thursday, Pashinyan described the situation on the border as “tense and explosive” and suggested the deployment of international observers to the border.

Some 6,000 people were killed in last year’s conflict over Nagorno-Karabakh, which ended after Moscow brokered a ceasefire agreement and deployed peacekeepers.

Ethnic Armenian separatists in Karabakh broke away from Azerbaijan around the collapse of the Soviet Union in a conflict that claimed the lives of some 30,000 people and forced many more from their homes.