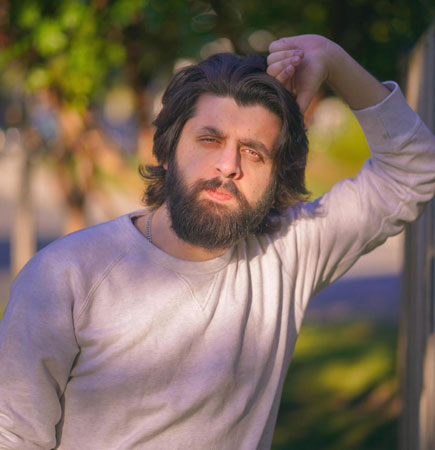 Meiraj Haq will be easily dubbed as one of the most iconic names from the Pakistani showbiz. Since, success is taste known to a few, Meiraj has contemplated it. From being known to the world as an artist and a YouTuber, Meiraj stepped into the showbiz with the famed and loved drama serial ‘Sabaat’. Entertaining the people from his funny content to entertainment on mainstream media, Meiraj made it a look simple and easy.

Meiraj is one of the most handsome and good looking actors in the industry along with his earthly nature. The actor can easily be a part of any popular tabloids we could think of or come up with at the time. Furthermore, the actor is considered as a fairly fine artist in every field he stepped in. The actor soon became the audiences’ sweetheart from the drama role, and was hailed for his acting skills and style.

Meiraj dedicated all his time and energy to the project, which came out as a bang within the society. Everyone loved and praised, not only the drama but the acting skills of the actors. Meiraj is loved by the people as he balances the work by handling other hobbies and content along.

Just as his on screen presence, the actor is also hailed off-screen due to his charm, looks and the acting skills. The fans flock him for the work he does, and the authority he has developed in the society. Dedicating time and energy towards work made him one of the rising stars of Pakistani showbiz. Meiraj also has a very charming and fun loved social media presence, with his content, pictures and jokes around his Instagram profile.

An alumni of the New York Film Academy and studied from the George Mason University, Meiraj is a well-established and learned personality. Giving off an aura, that makes the people around him feel comfortable and chilled.

Unlike many other stars and contemporary content creators, Meiraj is simple and sophisticated. Perhaps, it’s because he is well educated and learned, but that’s something else, his nature and his perspective towards to the world makes him stand out from his peers. Carving bold lines with precision of his expertise, Meiraj is an ethos of minimalist sophistication, merging global trends and simplicity along with his career.

The article has been written and contributed by Laiba Mir who can be reached at laibamir@gmail.com and Tweets at @LaibaMir