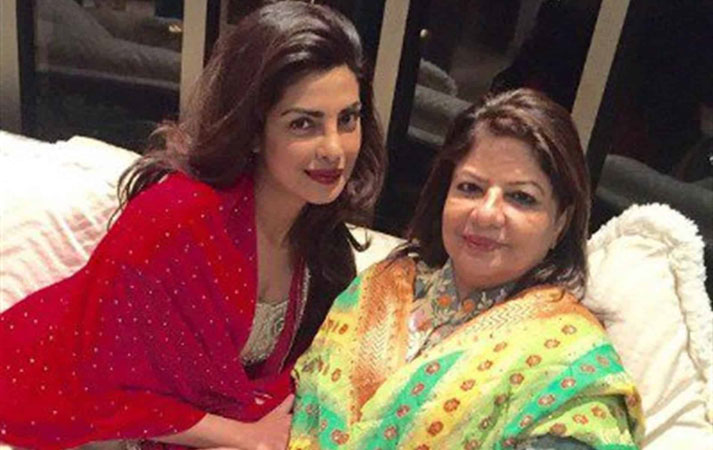 After an entertainment site compared outfits worn by actors Priyanka Chopra Jonas and Deepika Padukone, Priyanka’s mother Madhu Chopra responded to the article in a recent tweet and called out the comparison.

“Only a blind will think they are wearing same outfit. Besides Pri always carries Haute couture better,” read Madhu Chopra’s tweet. The said article featured images of Deepika and Priyanka dressed in a black dress.

While both the artistes are yet to respond on Madhu’s tweet, fans quickly filled the comments section with their take on the subject. One agreed with Madhu Chopra and tweeted, “Very true,” while a user mentioned, “If it matches anyway then what’s the big deal?”

There were several similar comments which asked Madhu Chopra to “school them.” However, one person called the whole discussion ’embarrassing.” “This is embarrassing, mam,” the post read. One Twitter user simply called out both the site and Madhu Chopra for stacking the actors against each other and wrote, “Why put one against the other? Be better.”

On the work front, Priyanka Chopra Jonas has a number of projects waiting in the pipeline, including the romantic drama Text for You, the highly-anticipated actioner The Matrix 4 and the Richard Madden Amazon Prime series Citadel, for which she was shooting in London until recently. The actor also marked her presence at the recently-held Billboards Music Awards along with husband and singer Nick Jonas, who was the host of the event. Meanwhile, Deepika Padukone has The Intern Hindi remake, actioner Fighter and Shakun Batra’s romantic drama in her kitty.