Salim Khan says ‘Radhe: Your Most Wanted Bhai’ is ‘not a great film’ 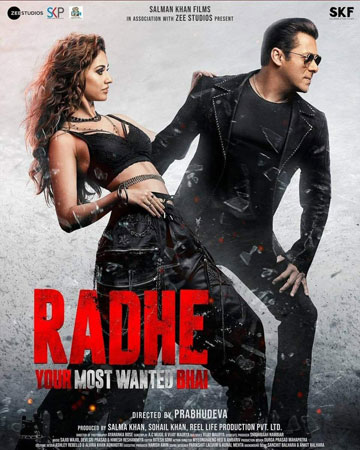 Salman Khan’s father Salim Khan wears his heart on his sleeve. He recently expressed his opinions on his son’s latest release, ‘Radhe: Your Most Wanted Bhai’.

According to him, it was not a great film.

Many people compared the film to Salman’s previous films. Talking about the same, Salim told a news publication that the film before ‘Dabangg 3’ was different. Salman’s ‘Bajrangi Bhaijaan’ was good and totally different. However, ‘Radhe’ is not a great film at all. However, the senior Khan added that commercial cinema has a responsibility that every person can get money. From artists to producers, distributors, exhibitors and every stakeholder should get the money. The one who buys the cinema must get the money. Due to this, the cycle of cinema-making and business goes on. If he sees it on this basis, then he feels Salman has performed well. Stakeholders of this film are in advantage. Otherwise, according to him, ‘Radhe’ is not that great a film.

Shedding some light on the film writers today, Salim added he feels the biggest problem today is that there are no good writers. According to him, the reason for this is that the writers do not read literature in Hindi or Urdu. They see anything outside and get involved in Indianising it. He cited examples of films like ‘Zanjeer’ which was a game-changer in Indian cinema. That film made Indian cinema come back on the right path. However, he feels that since then, the industry has not received the replacement of Salim-Javed yet.

‘Radhe: Your Most Wanted Bhai’ also starred Disha Patani, Jackie Shroff and Randeep Hooda. The film was released on the occasion of Eid on an OTT platform.