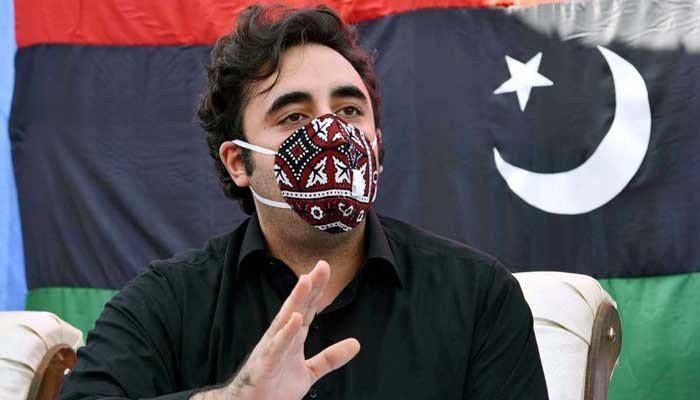 “This unprecedented borrowing is akin to mortgaging the country’s economic integrity and freedom. The prime minister has thrown the country to the wolves, and succeeding governments will bear the burden of lifting Pakistan out of crisis,” he said in a statement.

The PPP chairman demanded of Imran Khan to resign as the prime minister and go home before Pakistan reaches a point of no return. He emphasized the ‘incompetency’ of Imran Khan, pointing out that from his first day in the office, the prime minister’s entire economic policy has been begging from alms and loans from the world.

He said that Pakistan will never be able to repay these debts, even if all national assets were mortgaged to creditors. “This puts Pakistan in a precarious position, from which the country might not recover,” he said. He lambasted the prime minister on his sheer inability to run the country and said he had enslaved the whole nation to the international lenders.

He said that Imran Khan has pushed the country into a ‘heavily compromised state.’ “We may not realise it now, but the next generations will suffer under the burden of this vast accumulated debt,” he said. To add insult to injury, the federal cabinet which is happens to be the epitome of corruption is squandering this borrowed money, he said, adding that the cabinet and the prime minister’s ‘crony capitalist mafias’ were embezzling money from the public exchequer.

He said that the selected prime minister has jeopardized the integrity of Pakistan. He said that the very future of the country was at stake. “We should wonder what kind of country our children will inherit, and what leaving them in crushing debt will achieve.” He warned the prime minister to pay heed to the plight of the underprivileged.

The PPP chairman must see what he has done to the common salaried class and the daily wagers who can no longer feed their families because of skyrocketing inflation. What little they earn, can no longer sustain them, he said, adding that while Imran Khan ‘gallivants’ across the country and the world, the people he was meant to serve were left to rot in hell.