There’s a difference between anti-Semitic and anti-Zionist: Sheheryar Munawar

* While many have come out to school Golodryga since then, British journalist Mehdi Hasan was among the few that sided with her 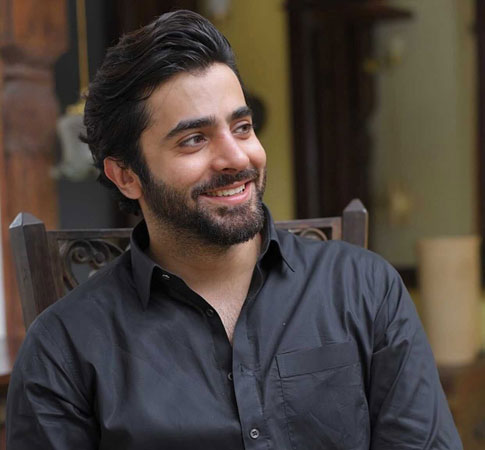 As the debate around Israel and Palestine shifts from Palestinian genocide at the hands of Israel to Anti-Semitism against Jews, Pakistani actor Sheheryar Munawar has come out to defend the Pakistani Foreign Minister Shah Mahmood Qureshi’s remarks that were labelled as ‘anti-semitic’ by a CNN reporter.

Last week, Qureshi was termed ‘anti-semitic’ by Bianna Golodryga after he called out Israel’s atrocities against Palestinians on CNN and openly accused Israel of having “deep pockets.”

While many have come out to school Golodryga since then, British journalist Mehdi Hasan was among the few that sided with her, tweeting, “If you are accusing Israelis of having ‘deep pockets’ and ‘controlling’ the media, then yeah, you’re invoking some pretty anti-Semitic slurs.”

Sharing a screenshot of Hasan’s tweet, Munawar shared his thoughts on the situation, writing, “When reputable foreign media agencies quote more than 200 ‘dead’ and on the contrary, 12 Israelis ‘killed’, it proves Israel either has deep pockets or has Professor Xavier on their payroll controlling minds.”

The 32-year-old went on to suggest that “‘credible’ journalists choose to bring in their own personal biases when reporting on the region,” which he said “could count as what racist? No, wait, there’s no word for it – it’s known as Islamophobia which in itself justifies the act by using fear as reasoning and takes the blame away from the one committing it.”

“Either way how does stating facts make one anti-Semitic? Does saying Arabs have a lot of oil money make you umm, wait, yeah no word for it for the sake of argument, Islamophobic?” he questioned.

The Pehlil Si Muhabbat star then categorically stated, “There’s a difference between anti-Semitic and anti-Zionist,” explaining that just as not every Muslim is a Taliban, not every Jew is a Zionist and that the narrative on his side could be called ‘anti-Zionist’, not ‘anti-semitic’.

“We are anti-Zionist because we are anti-fundamentalism, whether Muslim or Jewish,” he clarified.

However, according to Munawar, if “Jewish toxic fundamentalism is backed by $3.8 billion dollars of US Military funding, then I have no qualms about calling a wolf a wolf specially when it doesn’t even have the courtesy to at least try and hide in sheep’s clothing.”

The remarks come at a crucial time when many public personalities have had to backtrack on their support for Palestine and instead draw sympathy and attention to Israel under the false pretext of ‘anti-semitism’.

On Tuesday, Marvel star Mark Ruffalo had to ‘apologise’ for supporting Palestine. “I have reflected and wanted to apologise for posts during the recent Israel/Hamas fighting that suggested Israel is committing “genocide”. It’s not accurate, it’s inflammatory, disrespectful, and is being used to justify antisemitism here and abroad,” he tweeted.