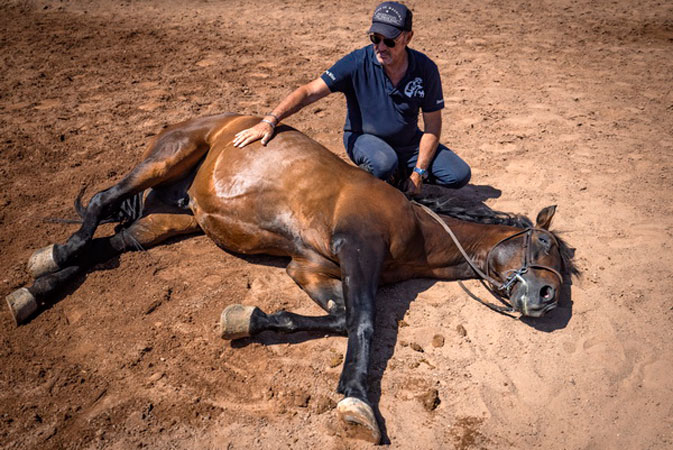 Horse master Joel Proust hopes his stallions will soon return to the movie sets in Morocco that made his name, ranging from Hollywood epics to “Game of Thrones”.

Last year was “difficult”, Proust said, at an equestrian centre on the outskirts of Marrakesh, where the thundering of hooves announces the sudden arrival of a herd.

The horses – including Arab-Barbs, Friesians and Spanish purebreds – gallop, trot and play dead as they follow their instructor. The 65-year-old Frenchman has for four decades choreographed equestrian action scenes for some of the biggest movies shot in Morocco.

They include Oliver Stone’s swashbuckling “Alexander” in 2004, and Ridley Scott’s Crusade-epic “Kingdom of Heaven” in 2005. Proust has fond memories of Stephen Sommers’ Egyptian horror fantasy “The Mummy” in 1999, which saw “200 horses galloping at full speed”.

But amid the Covid-19 pandemic, Morocco’s borders remain closed to 54 countries, including Britain and France, until at least June 10, according to the civil aviation authority. Last year, “we did a Moroccan tourism advert and a single film production, when normally we do 10 a year,” the former stuntman said, wearing a T-shirt and jodhpurs.

He says he is readying for three big international productions, including Kevin Scott Frakes’ film adaptation of “The Alchemist”, by Brazilian author Paulo Coelho.