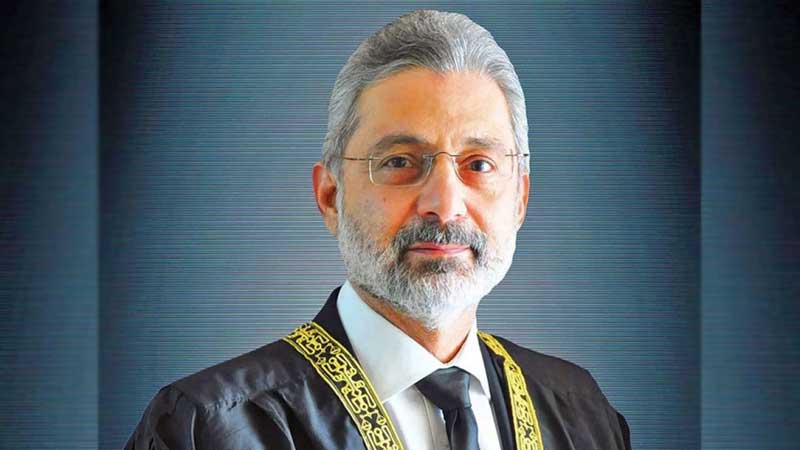 The Ministry of Law and Justice on Wednesday said that the federation will re-file curative review petition (CRP) against Justice Qazi Faez Isa case verdict in due course of time after addressing the objections raised by the Supreme Court Registrar Office.

“Against the order of the majority in the Review Petitions of Justice Qazi Faez Isa and others dated 26.04.2021, the Federation of Pakistan on 25.05.2021 preferred a Curative Review Petition on which certain objections were raised by the Office of the Supreme Court. After addressing the office objections, the matter shall be re-filed in due course of time, in accordance with law,” reads a press release issued by the law ministry.

The reference filed by the government in May 2019 had alleged that Justice Isa acquired three properties in London on lease in the name of his wife and children between 2011 and 2015 but did not disclose them in his wealth returns. In a dramatic twist in the nearly two-year-long legal saga, the Supreme Court by a majority of six to four had on April 26 overturned its June 19, 2020, majority judgement that required verification and subsequent findings by the tax authorities of three foreign properties in the name of the wife and children of Justice Isa.