Covid vaccine registration of citizens above 19 from today 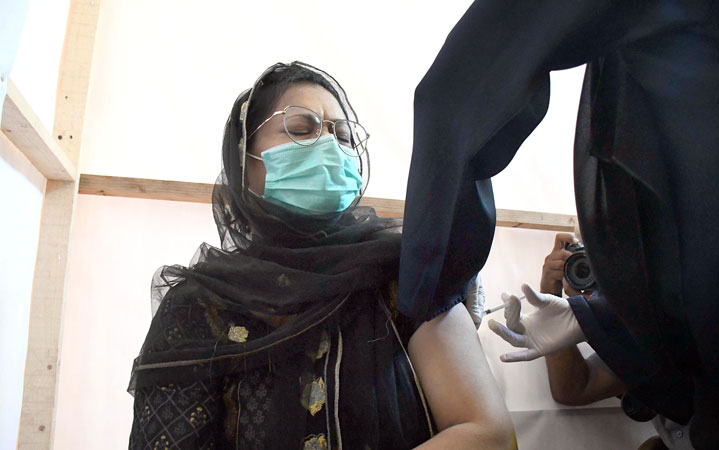 Federal Planning, Development and Special Initiatives Minister Asad Umar announced on Wednesday that the National Command and Operation Centre (NCOC) has decided to start the registration of persons aged 19 and above for vaccination against the coronavirus from Thursday (today). “So now registration will be open for the entire national population which is approved by health experts for Covid vaccination,” the minister said in the tweet. A day earlier, the government had announced that it had started production of China’s single-dose CanSino vaccine at the National Institute of Health (NIH). A tweet by the government’s official account said three million doses of the vaccine would be produced per month to significantly reduce Pakistan’s dependence on importing vaccines from other countries. As many as 120,000 doses of Covid-19 vaccine have been packed and hopefully a launching ceremony would be held by the end of the current month. On Wednesday, the national tally of total active Covid-19 cases was recorded at 60,268 as 2,724 more people tested positive for the deadly virus and 4,686 people recovered from the disease. Sixty-five patients died on Wednesday, 58 of whom were under treatment in hospitals and seven in their respective quarantines or homes, according to the latest update issued by the NCOC.